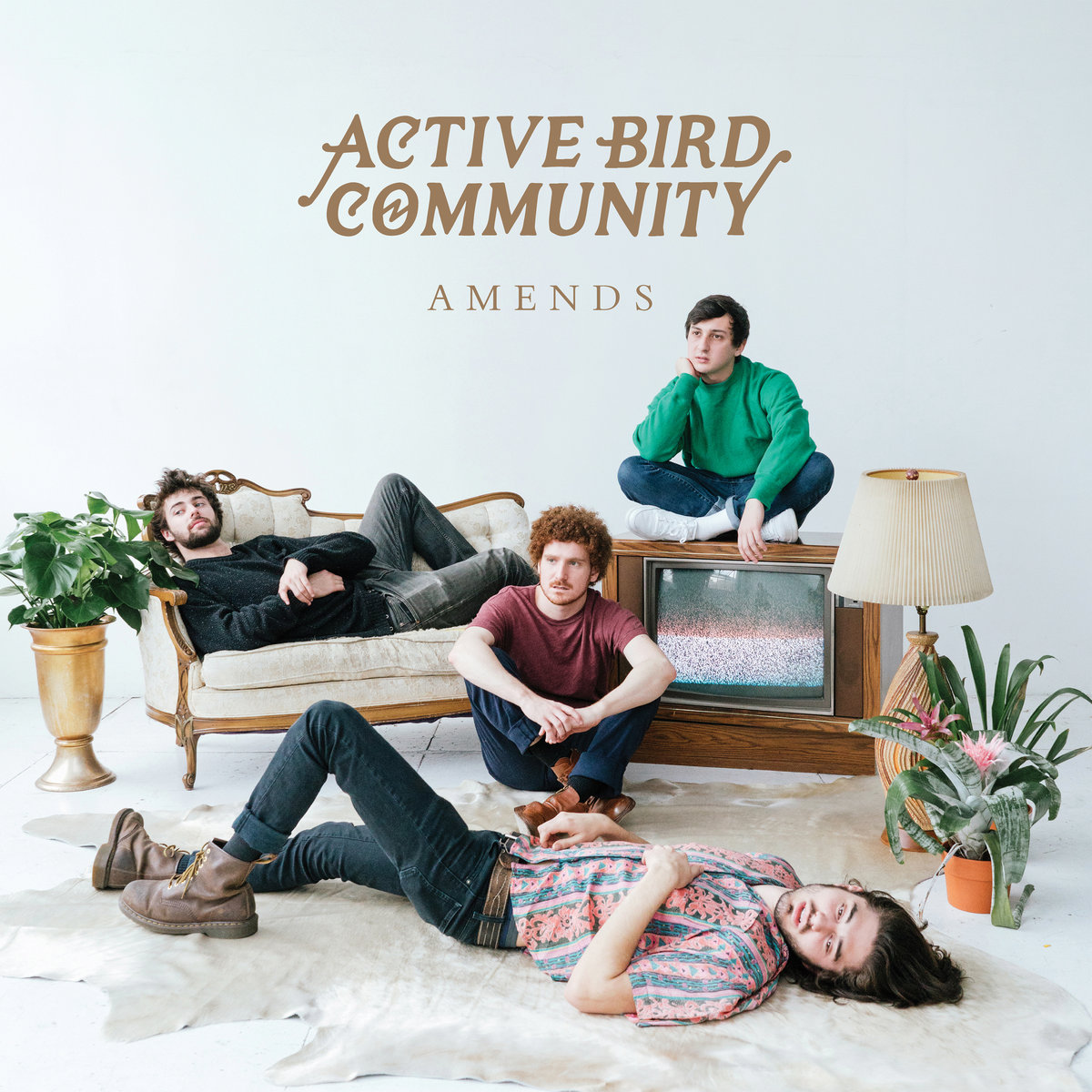 ‘Amends’, the fourth LP by Active Bird Community, is the outfit “dwelling on the intricacies of relationships, broken bonds between friends, family and lovers – and hoping to heal”. With three records already under their
belt at the age of 24, ‘Amends’ is bestowed with a maturity, both thematically and sonically, that befits a unit double the age of the Brooklyn quartet.

Musically, ‘Amends’ is a difficult album to pin down to a general sonic thread, even when it slips into more
common guitar-driven realms you wouldn’t necessarily tag it as indie rock, nor full-fledged pop-punk either.
Whilst this is appealing in some respects, given the variety of sounds on offer, at times it feels like the album lacks a true identity. The deployment of rich horns on ‘Baby It’s You’ gives ABC’s new effort an interesting and unexpected dynamic, whilst the slow-burning lament of ‘Downstairs’ is something of a dirge. However, the delicate swoon of ‘Blame’ exposes a fleshy openness via the deployment of subtle strings, adding a nice touch to ‘Amends’ broad aural palette.

Another aspect to the LP that’s hard to look past is that vocally, Tom D’Agustino’s style can veer somewhere
between whiney or drone-heavy, making for a grating listen at times; closing track ‘Lighthouse’ struggles when
it’s just a voice and acoustic guitar, and the title track’s quieter moments have the same pitfall. That said,
when the frontman’s vocal adopts gravelled tones – think Brian Fallon of Gaslight Anthem fame – tracks soar,
like on the urgent, rough ‘n’ ready ‘Sweaty Lake’ or the latter part of ‘Silver Screen’, once the song reaches its pounding crescendo.

‘Amends’ is a difficult album to grasp hold of – whilst you have to applaud Active Bird Community’s ambitions
to create something that pushes the boundaries of indie-rock while at the same time exposing their own
vulnerabilities; ultimately it’s an album that doesn’t quite click.

Amends by Active Bird Community, Comes out on September 14th via Barsuk Records.