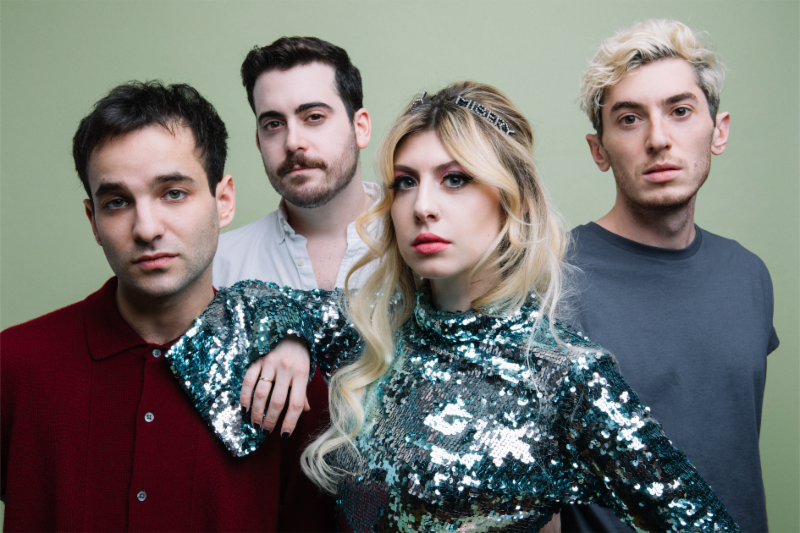 Charly Bliss has released a new Henry Kaplan directed video for their album’s title-track “Young Enough.” Young Enough is now out via Barsuk Records. The band are currently on tour in North America and have announced new UK dates.

Eva Hendricks on the video for “Young Enough:”

“This video is so magical and unlike anything we’ve ever made before. I told (director) Henry Kaplan that I was feeling inspired by the video for Running Up That Hill by Kate Bush, and he took that initial idea and made something totally beautiful and unique that’s as cinematic and sentimental as the song.

Despite the fact that this video looks so dreamlike and serene, it was very physically draining to make. The entire crew and anyone who wasn’t in a given shot had to sprint behind the steadicam op so that they wouldn’t be seen and ruin the effect of the giant open field where we were shooting. Between that, the choreography, racing to utilize available daylight, speeding up and slowing down the track to achieve the slow-motion and fast-motion effects, and trying to get perfect, full takes because there’s so few cuts, this was an extremely challenging video to make, but for that reason it’s also our favorite.”