The Acid has unveiled their haunting video for new single “Ghost.” A visually arresting accompaniment of tumbling sand dunes, Californian sunrises and plot twists.  The Acidbshare the Oliver Schories remix of  “Ghost,” which you can listen to below.

Directed by renowned duo Elliot Lee Hazel and Petecia Le Fawnhawk, the pair’s career within music stretches across many years and has seen them work respectively with the likes of Beck, Interpol and Band of Skulls to name but a few.

Commenting on their vision behind the “Ghost” video, co-director Le Fawnhawk said; “Originally the inspiration came from a story I heard about Ray Charles being a huge Corvette fan.  My imagination took me into wonder of being born blind and the magic of discovering the world around you, people and experiences all through the sense of touch.  I shared my idea with Eliot who immediately had an emotional connection, as his father was blind.  We dove deeper into the idea and then presented the rough concept to The Acid boys.”

Shot in the picturesque Californian desert just outside the town of Baker, the pair drew further inspiration from Salvador Dali’s surrealist art to evoke a haunting yet serene atmosphere for the video.

“Ghost” is the third single to be taken from the bands debut album Liminal, released earlier this year via Mute / Infectious Music.

The Acid came together as a partnership between Brit Adam Freeland, L.A. producer Steve Nalepa and Ry X, an Australian songwriter. First appearing in 2013 with their debut self-titled EP, the group quickly followed up with the release of Liminal, a sonically drenched body of work with clear nods to artists such as Portishead, Aphex Twin and Thom Yorke, that crosses over a range of genres, which include everything from techno and R&B to deep house and beyond. 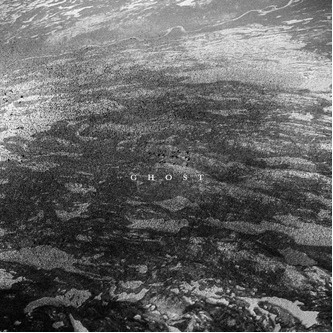