Michigin band, Major Murphy will release their new album ​Access, on April 02 via Winspear (Barrie, Alow Pulp). Waxahatchee describes lead single “Access” as ​“a conduit for the grand and complex structures Bullard builds throughout the album. It’s as much a personal plea for patience and humility as it is a pep talk for setting the bar high and working hard to ascend.”

Jacob Bullard and Brian Voortman met Jacki Warren while they were opening for Jacki’s former band The Soil & The Sun. Bound by a love for bands from Wings to Junip, the three started playing together regularly, plucked their band name out of an extraterrestrial themed book, and, with the help of Winspear, got off the ground releasing two home recorded EPs in 2015 and 2017. The band’s debut LP ​No. 1 w​as soon to follow in 2018. Together, with the help of longtime collaborator but newly minted member, Chad Houseman, ​Access​ became the band’s first attempt at a more deliberate and conceptual creation.

The making of ​Access ​was a deliberate, time-consuming process. Recorded at Russian Recording in Bloomington, IN between late 2018 and early 2020 with Mike Bridavsky and Ben Lumsdaine, ​Access ​seeks to recreate the imagined worlds that were inspired by when Bullard first fell in love with music as a teen. Rather than fastidious string arrangements or painstaking drum programming, Major Murphy were striving to build sonic monuments to an idealized concept of rock music — an effervescent restoration of classic, heavy rock’n’roll sounds imbued with a jittery, hyper-creative energy that can be partially attributed to presence of Bullard and Warren’s young son Benji in the studio.

“It’s an album that’s remarkably cohesive – a striking relic in an age where ardent and true “album-making” is a fading art form. In nine songs, it somehow takes a listener backwards & forwards at once, reckoning with intrinsic anxieties while conceptualizing a fantastical and vibrant happening, soothing in its familiar, occasionally childlike tone.” 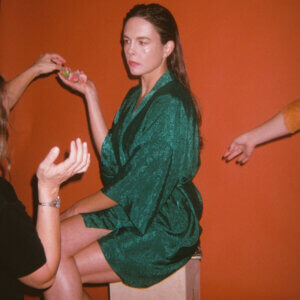