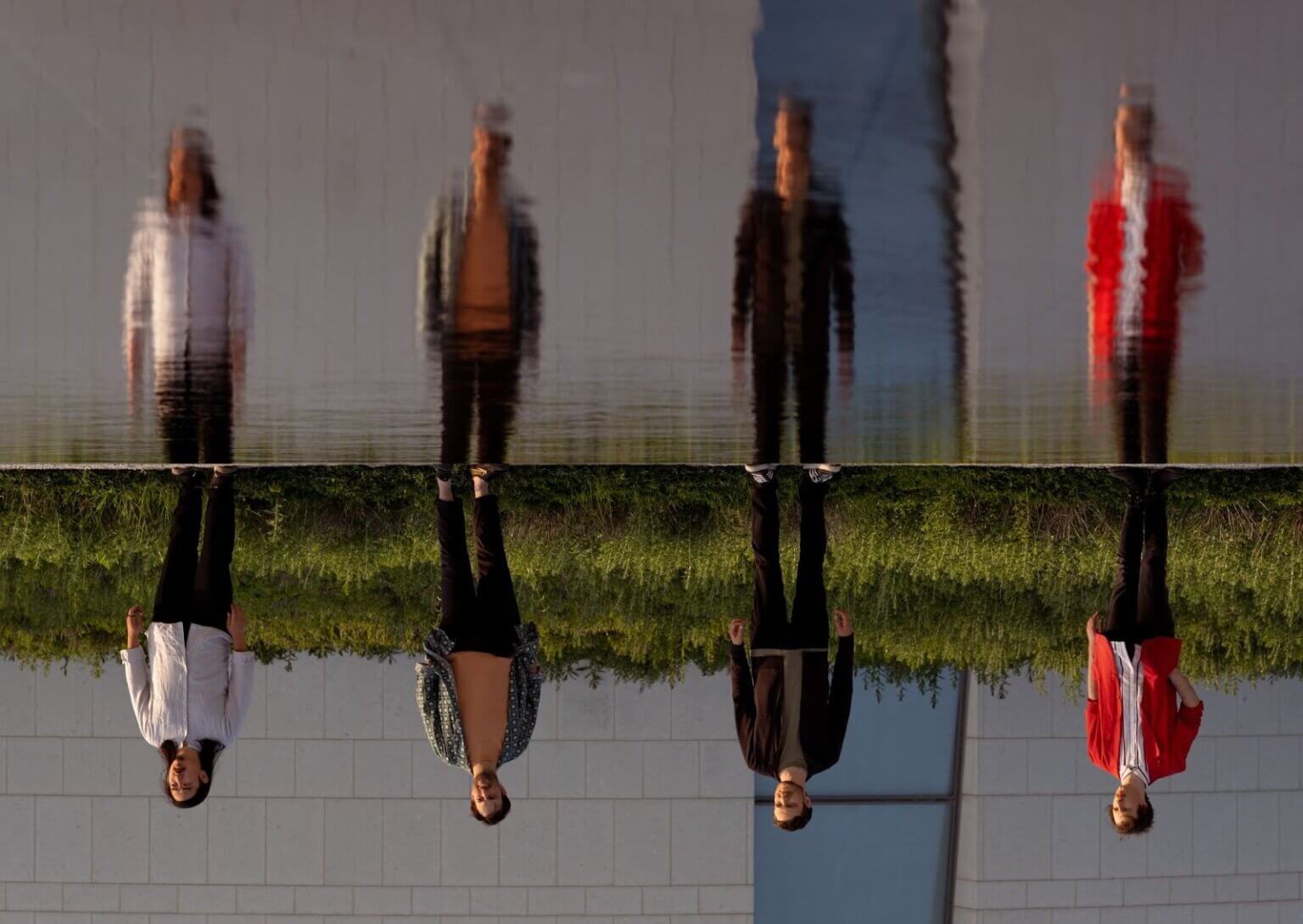 Absolutely Free has announced, their new LP Aftertouch, the full-length drops on September 24, via Boiled Records. Along with the news, the band has shared the first single and video, “How To Paint Clouds”. “How To Paint Clouds” is accompanied by an AI video in which an algorithm built from 2000 internet-sourced paintings of clouds teaches a computer to create its own original paintings of clouds. “Although there are unimaginable forces at play in developing a cloud, or in creating art, all we are able to look for is another face in the sky, a mirror looking back at us,” the band reflects. “A cloud always looks like something other than a cloud.”

Running wild with flourishes of experimentation, yet rooted in accessible melody and rhythm, Absolutely Free continues to blur boundaries between avant-garde and pop across the album’s eight songs. With a tug-of-war between sonic harmony and the foregrounded discordance of present-day society, Aftertouch explores narratives of hegemony, grief, and exploitation in the present while ultimately sustaining curiosity for the unknown “post-everything” future. Making reference to the name of a synthesizer function, Aftertouch deconstructs seismic shifts in contemporary culture and lingers in the echoing sensations that remain.

Known for their varying multi-instrumentalist approaches and experimental live performances, Absolutely Free “wanted to create an album that wasn’t bound by a physical ability to perform it live, to not only expand our palette, but also to consider the live performance as something completely separate.” Shifting in the liminal space between analogue and digital sounds, real and fabricated images, revelling in and refuting the loss of tactility, Absolutely Free is able to create vibrations of physical tension and emotional resonance.

Produced by Jorge Elbrecht, who has shaped the sound of releases by No Joy, Gang Gang Dance, Japanese Breakfast, and his own bands Lansing-Dreiden and Violens, Aftertouch is dense with ideas but balanced by precise decisions. Culling from a myriad of influences that span Krautrock, New Wave, the proliferation of international Psychedelic and Funk compilations, and early forms of electronic dance music, Absolutely Free has created a patina of disparate but harmonic styles distinctly its own. Resolute guitar strokes ring out like a call to prayer on the previously released “Still Life” as the band questions our traditional understandings of societal progress and an optimistic future. 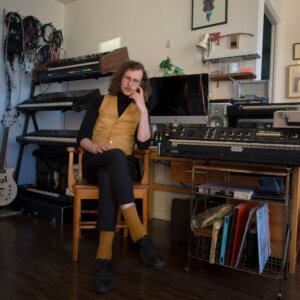