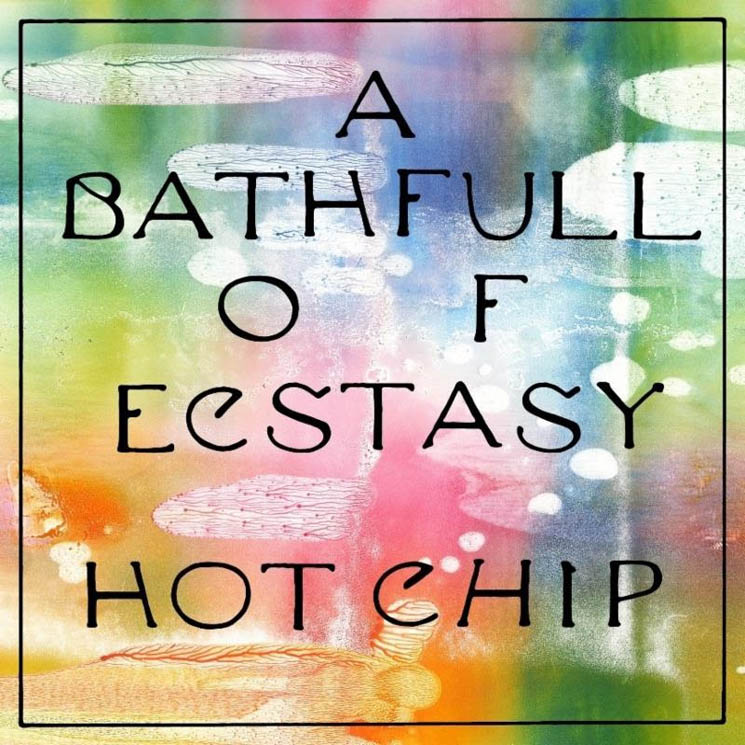 A Bath Full of Ecstasy

On Hot Chip’s previous album, 2015’s Why Make Sense?, the London five-piece explored what it takes to attain and maintain joy. They continue the searching for answers on their latest album, A Bath Full of Ecstasy, but instead of arriving at any firm conclusions, singer Alexis Taylor ponders existential questions.

A Bath Full of Ecstasy is exuberant and lush, replete with grand, sweeping electro-pop compositions. Hot Chip sound atop a cloud on “Melody of Love.” First single “Hungry Child” is a pure dance track with snappy breaks and vocal harmonies that can melt the walls of any venue.

Despite such grandeur, Hot Chip know how to pace themselves. The band locks into cruise control on “Spell,” in no rush to race towards a climax. “Clear Blue Skies” is calm and contemplative, a song for fans of bedroom pop, if they don’t mind more nuanced production.

In its slower moments, A Bath Full of Ecstasy falls into melancholy. On “Positive,” Taylor airs his insecurities or the pressures of fame and success. “You’re washed up, and you’re hated. You’ve lied. You’re berated. You’re despised, contaminated, defeated, isolated. People look at you, a puzzle, not the clue to be solved by only you, as if you were not real, as if you could not feel, as if they could not help.” Still, songs like “Positive” sound euphoric, the same way one feels euphoric when inoculated.

He eases up on himself on “Clear Blue Skies.” “If I call myself a rational man, I know that this means nothing at all,” he sings. “But when I reach out, I grasp nothing. … Where is my dreaming? Why does it always return to your eyes? Tell me what does it mean. What am I to you? Just a speck, just an ember, dancing through.” This song is just one instance of when his vague platitudes hurt the songs. Some call it wisdom, though.

Hot Chip are still romantics, but sometimes they overstep the thin line between romance and cheesiness. On “Echo,” he sings: “I only want to be an echo of your beauty. I always try to be the echo to your beauty. Leave your past behind, just an echo, nothing to regret, no.” Some call this humour, though.

The finesse with which Hot Chip execute their nine new songs comes from more than just experience. The band stepped out of its comfort zone. The members wrote more collaboratively than ever. They also worked with outside producers for the first time including Philippe Zdar (Cassius, Phoenix) and Rodaidh McDonald (the XX, David Byrne, Sampha).

Although Hot Chip have moved past the patchwork-electronics style that vitalized their earlier work, there are still enough semblances of the Hot Chip of old, be it their “wisdom,” “humour,” or existential angst, to satisfy most of their fans.