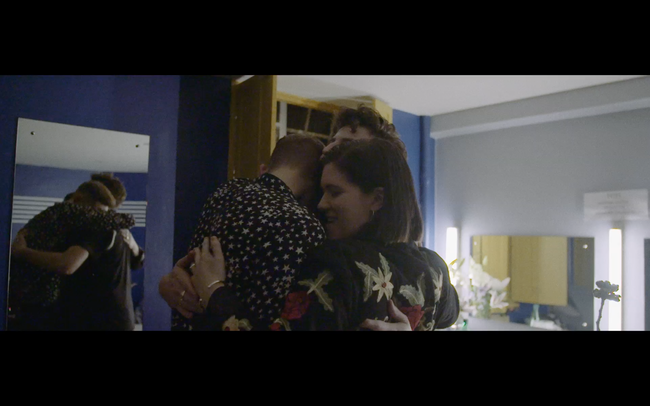 The xx have released a final film from their Night + Day Brixton festival. The 21 minute film, directed by Tayo Rapoport + Josh Renaut, and produced by London-based production company CHILD, is a vivid documentation of The xx’s acclaimed 8 day event that took place in Brixton from March 8-15 this year.

Featuring interviews with and exclusive footage of the likes of The xx’s Romy Madley Croft, Oliver Sim and Jamie Smith, Adwoah Aboah, Jeremy Deller, the Baytree Centre, Benji B, Florence Welch, Raw Material Studios, Gilles Peterson, Robyn, Savages’ Jehnny Beth, Reprezent FM, Hustlebucks and a host of people who were instrumental in creating and attending the events, the final film is available to view and embed right now HERE.

Night + Day Brixton saw The xx collaborate with a host of local Brixton institutions. Initially announced as a record-breaking run of seven sold out shows at the area’s legendary 5,000 capacity O2 Academy Brixton, the event expanded to take on a life of its own beyond the headline shows. It featured a week-long broadcast collaboration with local radio station Reprezent FM, cinema curation, panel talks and Q&As at The Whirled Cinema, a series of after parties alongside local venues and promoters, and a stellar line up of artists who performed at the O2 Academy Brixton with The xx to create a unique multi-disciplinary cultural event.

Help and support came from Artist Pledge, a nonprofit that empowers artists with the knowledge, research & resources to support social causes effectively.

Meanwhile, The xx will embark on a huge north American headline tour that runs throughout April and May and will feature their biggest U.S. and Canadian headline shows to date. In addition to appearances at festivals round the globe, the band have also recently announced shows in Kallang, Singapore (Singapore Indoor Stadium, July 25) and Glasgow, UK (SWG3 Galvanizers Yard, August 29 & 30).