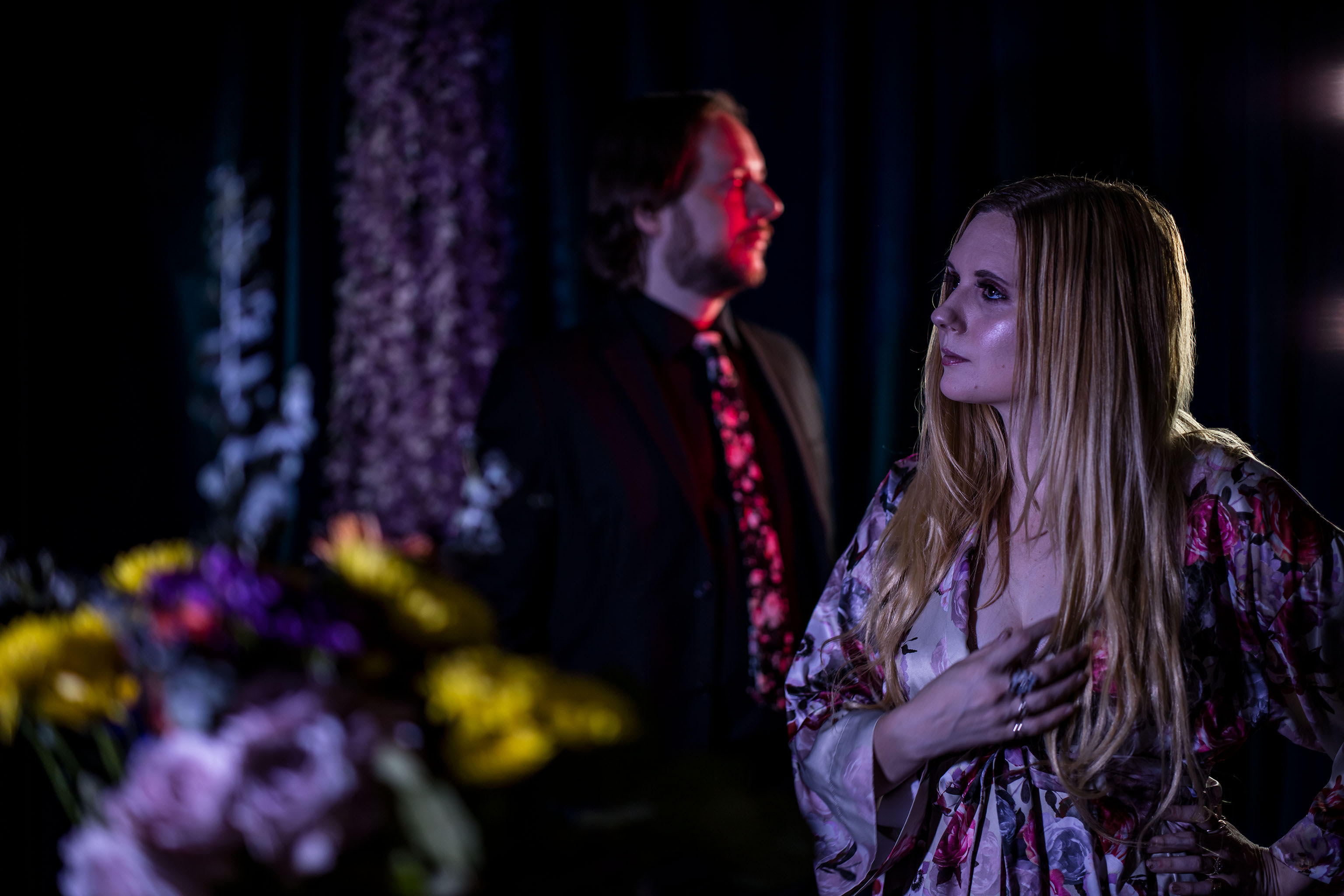 The Know is comprised of Daniel Knowles and his wife, Jennifer Farmer. For a few weeks, they isolated themselves in their home studio with no real plan except a mutual love of Beach House, Julee Cruise, Ye Ye, The Jesus and Mary Chain, 60’s girl groups, and the evocative storytelling lyricism of Patsy Cline and The National. The first result was lead single “143.” Inspired by Tom Waits’ ‘(Looking for) The Heart of Saturday Night’, the dream pop song melds autobiographical with fantastical lyrics and unfolds as a series of conversations, images, and hazy recollections of a night out.

Recording together wasn’t entirely new to the couple, a few years prior they had made an album as “Ghostel” with a friend providing vocals. Knowles, previously a producer and guitarist for UK shoegaze band “Amusement Parks on Fire” and live sound engineer for bands like Cigarettes After Sex, Sharon Van Etten, and Phoebe Bridgers, recorded the project while Farmer became a co-writer and bassist for the first time.

The debut EP which was produced, mixed, and mastered by Knowles while Farmer handled the band’s visuals further reiterates their wish to craft something wholly their own. In addition, Knowles solely played all of the instruments while Farmer, for the first time, took on lead vocals. With a strong desire but no professional training and a deep seated fear, so intense in fact that previous attempts had reduced her to tears, Farmer’s voice emerges as courageous and powerful.