illuminati hotties Photo credit: Kristy Benjamin
Share on TwitterShare on PinterestShare on PocketShare on RedditShare on FacebookShare on Email

Los Angeles indie-pop band illuminati hotties, is fronted by Sarah Tudzin. The group recently released “I Wanna Keep Yr Dog,” their first new single since their 2018 debut album Kiss Yr Frenemies. Tudzin says of the track’s origin, “One time I went on a date with someone I met through a dating app… and their dog was much cuter than they were… if you’re out there reading this, I’m sorry it didn’t work out. I still don’t have a dog but at least I ended up with a song.”

illuminati hotties have been touring since the release of Kiss Yr Frenemies, including opening slots with Lucy Dacus, Los Campesinos!, Diet Cig, and Vundabar, and they’ll continue taking their dynamic live show on the road this spring, including an appearance at SXSW in Austin, Texas this month and upcoming dates in May with American Football. 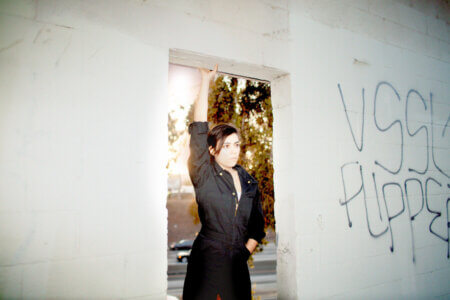