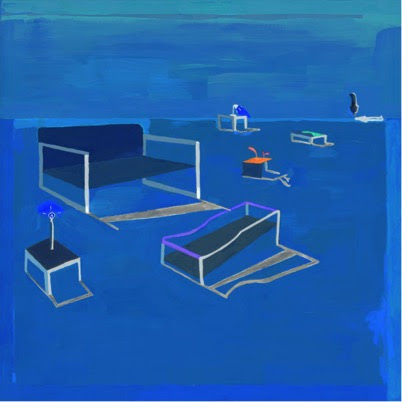 Homeshake will release Helium Remixes EP August 16th via Sinderlyn. Along with the announcement, Homeshake AKA: Pete Sager has shared the Jessy Lanza remix of “Like Mariah,” and accompanying visuals created by Nicole Ginelli. There will be new remixes from Ciel and Cecil Believe released in the following weeks leading up to the EP’s digital release, alongside a variation of Ginelli’s visuals.

Lanza drives “Like Mariah” with atmospheric beats and experimental instrumentation. “Jessy strikes me as a really shy pop star,” says Sagar. “Her hooks and production are so precise, but sort of hiding out in a way that really speaks to me. Expert level drum programming, as heard in her remix.” Throughout the track, Lanza’s bright vocals are in the forefront. “I’ve been wishing I could sing like Mariah since I was 8 years old so the lyrics in the song really resonate with me,” Lanza says. “So much so that I decided to sing the song as well as remix it.”