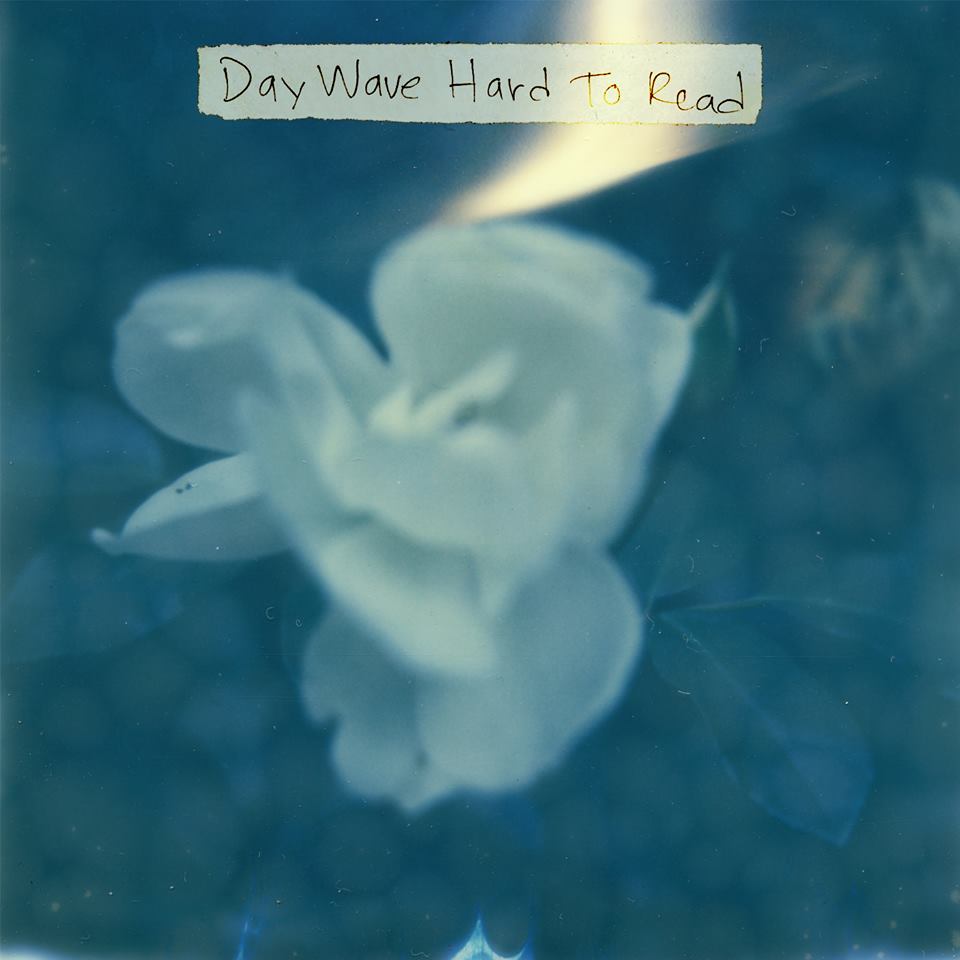 Go to the cabinet where you keep your chill pills and take one. Now you’re ready to listen to Day Wave’s Hard To Read.

Day Wave is lo-fi dream pop by way of Oakland, California; the same place that gave us Tupac and Green Day. The brainchild of multi-instrumentalist Jackson Phillips, this is a collection of tunes that showcase great pop songwriting with an enticing, washed out sound. Recorded by himself on a reel-to-reel tape recorder, this is a record that screams of honesty. You get a very clear image of Phillip’s sunny world around him as well as his not-so-sunny psyche.

Starting out as a jazz drummer who would eventually study at the Berklee College of Music in Boston, Phillips is in total control of this project recording everything on his reel-to-reel tape recorder and playing every part on his own. This is a project where one person’s singular vision is made clear, or at least thanks to the lo-fi production, a bit hazy in the light.

The album’s sound alone makes for an interesting record. Day Wave has even been showcased on the notable Youtube channel Majestic Casual, which mainly focuses on slinky deep house and chill wave tracks but can make a special slot for indie bands. Youth Lagoon is one of the other few that manage to get placed alongside their alluring and enveloping sounds.

Opening track, “Deadbeat Girl”, seems to be Phillips directly speaking to the prospective female listener who’s sure to fall for his shy-kid charm. “Hard To Read” is pure California dreamin’ on such a winter’s day. Phillips is really putting his heart out, even admitting to be embarrassed at his own parents reading his lyrics. Those aside, the most interesting use of his voice is in the harmonies he creates with it; at times using it like lush synth pad behind the guitar parts.

Hard to Read is whole world of secret crushes and social anxiety. Even the title seems to be Phillips referring to himself, as well as the objects of his affection. The title track has him trying to figure out a specific suitor, while at the same time “Stuck in My Head” describes himself as a person with just as many emotional walls up as them (if not more): “I’ll be honest, I’m running away cause you’re stuck in my head.” The final track is a simple unrequited song where he laments to his would-be lover: “You don’t know how I feel about you”.

Though it’s easy to dismiss Day Wave as a genre-band aping the aesthetics of so many other dream-pop acts (even “Deadbeat Girl” sounds strongly akin to Beach Fossils’ “Clash The Truth”). Day Wave is a project (can you call it a band?) with a welcoming sound and sulky face, but none the lesser for it. The sound is enough to make you want to rub the guys shoulder as he sits alone on the beach and say: “Hey, cheer up dude. Let’s go get some ice cream.”