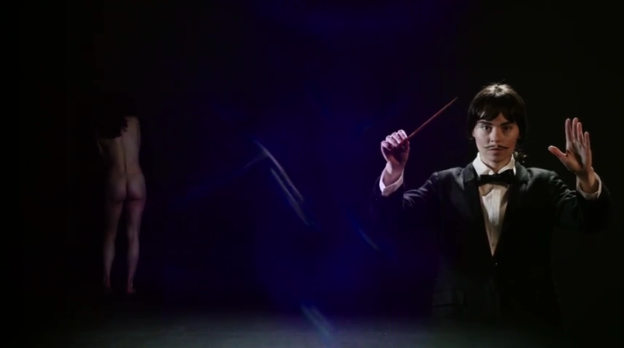 Young Ejecta has shared a video to honor lost friend Josiah in the video for “Your Planet.” Leanne Macomber of Young Ejecta says, “this video was made as a memorial for my dear friend Josiah who died right as we were entering adulthood. I’m often haunted by the fact that he never had the chance to fulfill the prophecy of those teen years. That the big dreams, dramas, and pageantry was all for nothing. With this video I wanted to playfully purge some feelings of loss by allowing Josiah to embody various tropes of manhood. I also hoped to share the futility I’ve often felt without his support and guidance throughout my 20’s. ‘now you’re gone, I can only dream, of all the things, you might have been’ is not only a lament for one of my favorite people to ever walk this earth, its a lament for the failures and loneliness I’ve experienced in this decade without him.”

Young Ejecta is an electronic duo based in Brooklyn, NY comprised of singer-songwriter Leanne Macomber (Fight Bite, Neon Indian) and acclaimed producer Joel Ford (Autre Ne Veut, Oneohtrix Point Never, Ford & Lopatin). Their collaboration began in 2012 when Ford sifted through years of Macomber’s foggy melodic bedroom demos. He, in turn, offered instrumental pieces of his own and a record was in the works. His slick sound and skillful arrangements elevated Macomber’s lo-fi pop ballads, while her acrobatic melodies and whispery vocals gave whimsy and dimension to Ford’s determined beats and dance-able textures.

The result was their well received genre-traversing debut Dominae, released November 5th, 2013 on Driftless Recordings (US) / Happy Death (UK). The band would go on to perform these ten tracks showcasing their inspired yet disparate talents in a variety of iterations and settings. Macomber’s previously frayed-edged love songs were now granted the grandiosity of the emotions implied therein. What Leanne describes as Joel’s “endless tinkering” now urges and embellishes the themes she is forever exploring in her music: “Unrequited love, failed attempts at adulthood,” and perhaps most importantly, “the death of her closest friend.”

Macomber describes Young Ejecta as a character, one that is conceptually represented by volcanic activity and the earth’s constant state of change and rebirth. Leanne explains a desire for Young Ejecta to be “universal”, “timeless,” and representative of the “everywoman”.

The Planet was released on January 27th via Driftless Recordings (worldwide). 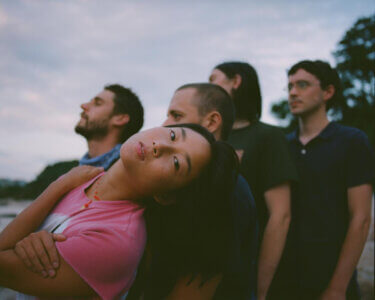