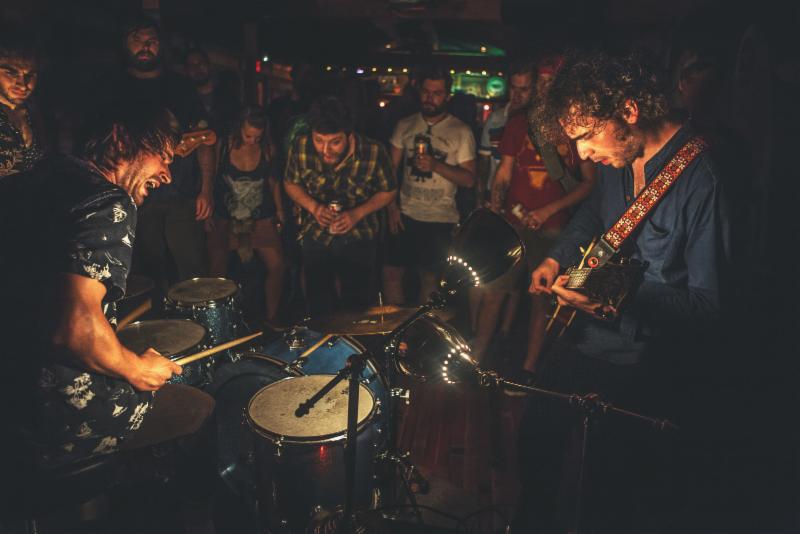 Yonatan Gat (Monotonix) has shared “Gibraltar”, the latest single off his new album, Director, out March 3rd. Director via Joyful Noise Recordings. He has also announced a tour that includes a stint at SXSW and some dates supporting Of Montreal and Deerhoof in March.

Yonatan Gat (Monotonix) is back with 11 new punk inspired, improvisational, psychedelic mind-melters. Recorded live by Chris Woodhouse (Ty Segall, Thee Oh Sees) in less than 3 days during a US tour, the band went into the studio intentionally limited to basic song structures and ideas. The goal was to capture the riotous and intricate improvisations of the band’s live show. In this spirit, they ended up playing in the studio for hours upon hours every day, filling endless tapes with the band improvising live, while Woodhouse meticulously recorded every single note being played. The following months were spent sorting through the tapes, editing the musical experience to a glorious narrative whole. The album is inspired by soundtrack virtuosos like Ennio Morricone and Nino Rota, Director is a cinematic circular journey around the music of the world.

Director explores different styles of music from Brazilian psych and Afrobeat to free jazz, Middle Eastern surf and 20th century classical avant-garde, sometimes in the span of just one song – “weaving styles together like the great jazz musicians of the 60’s,” (The Bay Bridged). The album takes some unexpected psychedelic turns throughout the record, backed by Gal Lazer’s hard-hitting African-inspired grooves, and Sergio Sayeg’s (of Brazilian garage rockers Garotas Suecas) pumping bass.