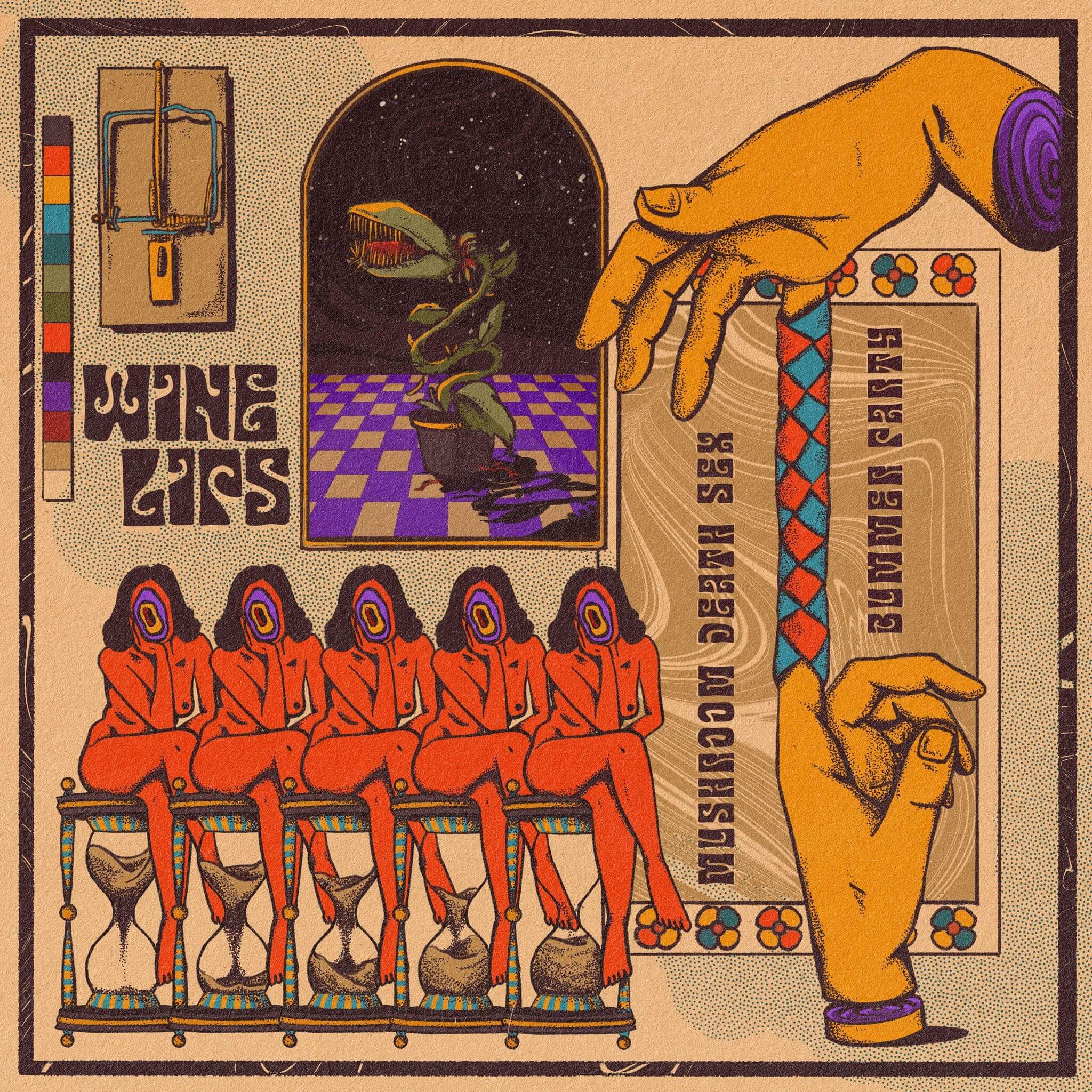 The video for the opening song, “Eyes,” off of Wine Lips’ latest psych-rock album, Mushroom Death Sex Bummer Party, an album recorded at The Sugar Shack in London, Ontario, is of the band playing their riot-fest in an alley trash bag. It’s a fitting and witty image of the band. There’s something gritty, dirty, unapologetic about their sound. Sex, drugs, and rock n’ roll, the old adage goes. But as destitute as the Toronto band appear, it takes a lot of thought, a lot of fine-tuning, a lot of attention to detail to come up with a banger like this album of 11 songs.

“The record is crazy! We really spent a lot of time getting the songs to sound exactly the way we wanted,” says frontman Cam Hilborn. The riffs on these songs are all tight, high-energy, feel-it-in-the-gut stuff. The chemistry between Hilborn and drummer Aurora Evans, and guitarist Sosensky and bassist Weare is amazing. They’re suggested for fans of Hives, Ty Seagal and and Thee Oh Sees.

They’re songs about burnout, anxiety, and dissociation, but also the wild ride that life is, the colorful highs, and the joys, even if we sometimes have to “Suffer The Joy.” The album also has two other killer videos to accompany the album, “In The Clear,” with a clown who goes on a killing spree after getting bad news on a Maury Povich type show, and the video fit for Halloween, “Tension,” wonderfully illustrated by Leesa Westwood.

They’re fit visual companions to an album that has a lot of character, particularly of the raw and rough type. Almost every song is a shredder, it makes sense that they have “bummer” in the title. After they bring you so high, there’s no place to go but down, in the end. Like a psychedelic trip, this psyche rock is full of euphoria and terror, in equal parts, emotional as a bunch of garage punk rockers can get.

It’s a tight but raucous record, from start to finish, something that will get people out to their high energy shows, I believe. They’re sure to win more fans with this record, after a good showing on their two previous albums. But they are most proud of this record, and it is a record to be proud of. A sort of vomit-it-all-up sort of record. You might need a shower after listening to the record (or rocking out at a sweaty show, if you’re lucky), but that, I think, is exactly what they intended. 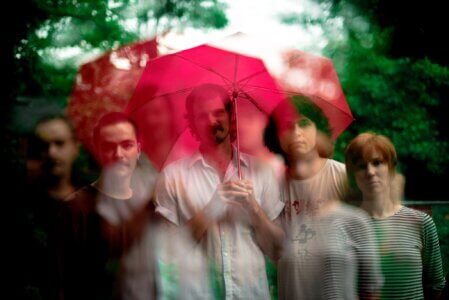 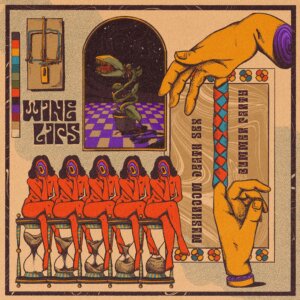