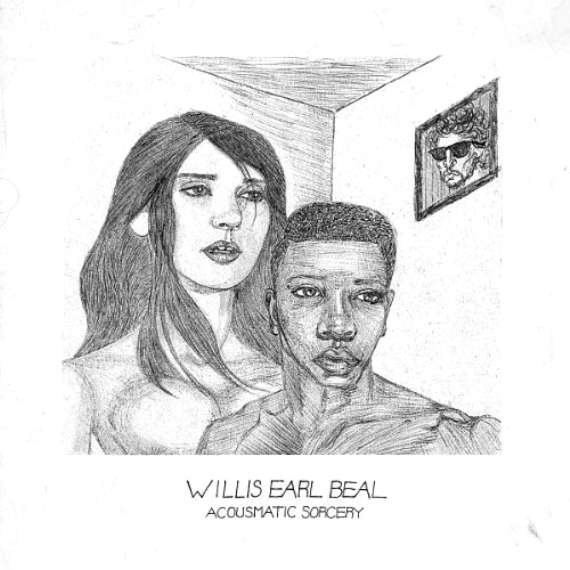 Chicago-based Willis Earl Beal’s debut album, Acousmatic Sorcery, will be released by XL Recordings on April 3rd. The album’s 11 songs are taken from a series of recordings Beal made while living in Albuquerque, New Mexico a few years back. He arrived there without a plan, a place, or enough money to live off and began singing warm, visceral and moving tunes to help him cope. It was during the late-night shifts as a night porter at a motel that the 27-year-old musician from the south side of Chicago taught himself to make music.

The recordings are a result of what one creative mind could do with a few found instruments and objects; a cassette-based karaoke machine and a $20 microphone. Somehow Beal managed to create warm, visceral and moving music seemingly out of nothing, just a little bit of imagination – it’s practically magic done without any fancy gadgetry, hence the name Acousmatic Sorcery. It was originally released in a limited edition by the amazing Found Magazine and it came with Willis’ drawing, flyers and notes.