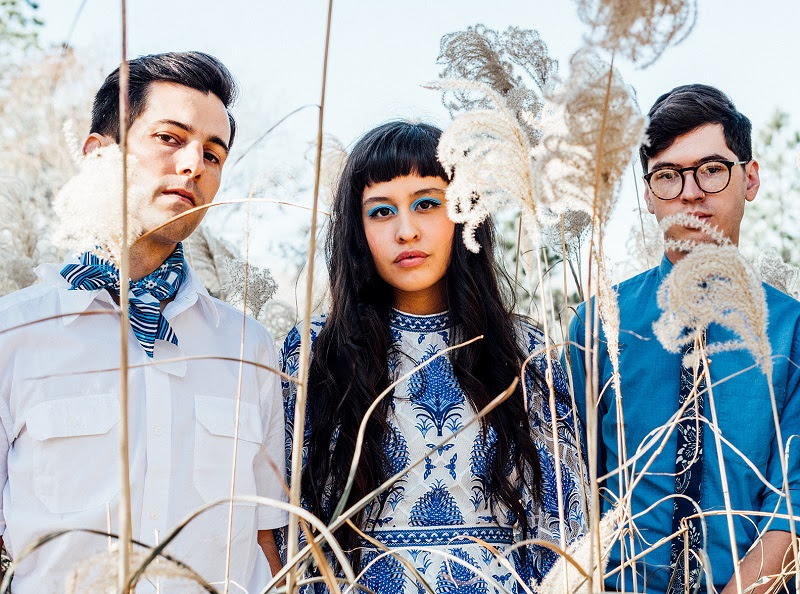 Wild Moccasins have dropped a new video for “Boyish Wave.” The song is off their Produced by Ben H. Allen (Animal Collective, Neon Indian, Deerhunter), produced Look Together. The full-length is described as a volatile break-up record co-written by frontwoman Zahira Gutierrez and her guitarist Cody Swann after the end of their decade long romantic relationship. Composed during countless hours positioned in a shared tour bus, while the ex-lovers exchanged exaggerated he-said-she-said’s through songwriting before painfully staring each other down on stage.

In the video for “Boyish Wave, “Gutierrez is caught in a love triangle with Swann and drummer Avery Davis. We follow the trio through surreal, black-and-white scenes with dramatic subtitles that come together as a trailer for a movie that the band has no intention of making—a nod to the idea that when a relationship comes to an end, those memories serve as a preview of a potential future that will never exist. The scenes were shot during the tour that followed Look Together’s release and narrowed down from over one hundred shots. And the subtitles were pulled from a notebook that Swann has kept for nearly fifteen years and holds countless quotes from his friends, including lines from Gutierrez herself and dialogue that took place during the pair’s long-term relationship.

“As a band, I think our main goal is when we do something new we want it to be different, get out of our comfort zone. There were a lot of emotional moments but it all needed to happen for us to end up here. With the video, I don’t think the script could have been made when the song came out a year ago. Certain things had to happen – we had to go through things as people, as a band – for it to come out the way that it did.”