White Poppy Announces New LP On Not Not Fun 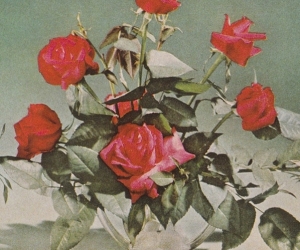 White Poppy is the solo project of British Columbian Crystal Dorval, who is excited to announce her debut self-titled full-length record, out September 3rd on Not Not Fun.

The band has released their first single “Wear Me Away,” a track that stands for a record full of “dreamy, washed out, lovesick stunners…with its faded-fuzz veneer and angelic vocals, the song makes for a prime introduction.

The record is a experimental exploration of washed out psychedelic melodies and floating vocals with the warmest of tones and blurry harmonies, at times a blend of fuzzy guitars and shoegaze-laced melodies, and others a mix of kaleidoscopic dream-gaze. A work in progress for more than a year and initially recorded onto a four-track cassette recorder, White Poppy is a conclusive record and one that bears a quality of therapeutic pop, building on the themes and sounds of the artist’s past releases.

In addition to the release of the record, White Poppy will also be embarking on a West coast tour this September, with all dates below and more to come.

White Poppy will be out September 3rd, 2013 on Not Not Fun Records in the form of black vinyl LPs in Parthenon-portraiture jackets designed by Ms. Dorval, herself.

# with Talkative
! with Tabloid
* with High Wolf