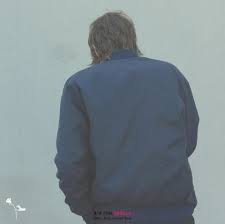 White Fence’s new LP, CYCLOPS REAP is due April 9th via Thee Oh Sees’ Castleface label, and preceding that is the “Pink Gorilla” 7″ — “Fragility” is one of two exclusive B-sides on the single (that’s the 7″ cover art above). The single is a split release between Castleface and Tim Presley’s own Birth Records.

In the span of 4 1/2 years. I’ve lived in two different apartments and have used three different rooms during this time. All in Echo Park, Los Angeles, CA, only a couple miles from one another. After the death of my father in 2008 I started writing and recording non-stop in these rooms. I can’t say it was directly because of that trauma, but I think deep down it might have much to do about it. This record was initially going to be a collection of the many songs trapped between the 4 White Fence LP’s. As i was putting that together, there were more coming. a better crop. i couldn’t stop. So, instead of a retrospective i said “Fuck It”. might as well use the most current songs of the bunch. For the exception of “Make Them Dinner At Our Shoes” which is from 2009.”