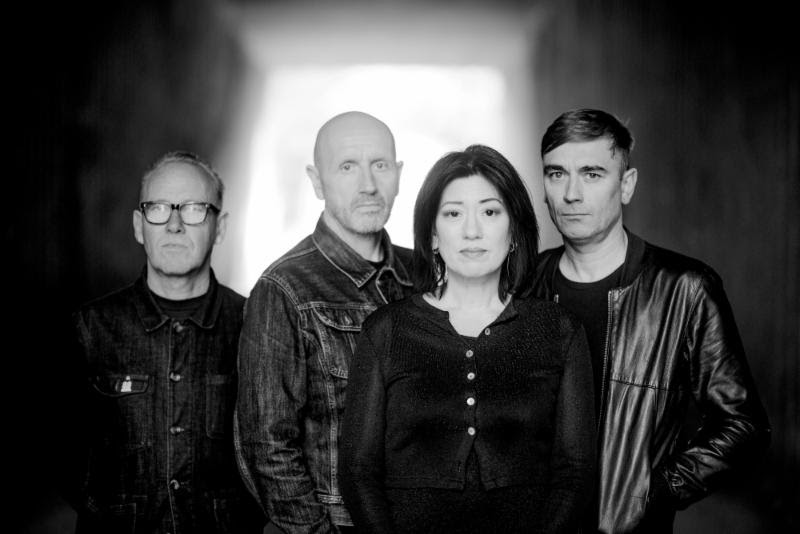 “What's Next? by UK supergroup Piroshka
Share on TwitterShare on PinterestShare on PocketShare on RedditShare on FacebookShare on Email

Miki Berenyi on “What’s Next?”:

“‘What’s Next’ started life as a guitar-and-drums demo from Justin that he’d called ‘Protest’ – the drums being inspired by the idea of a protest march. It’s one of the very first songs Piroshka worked on together. The lyrics are inspired by the shock and fallout regarding current political upheavals – how this finger-pointing and rage and blame are so damaging, how we need to get back some kind of solidarity if we possibly can because the divisions between us are playing into certain people’s hands. Funnily enough, the song was called Time’s Up when it was first recorded, but that title then got taken so we thought we’d better change it! It’s the only track on the album mixed by Alan Moulder – before we got picked up by Bella Union, we had an album’s worth of demos but we only had enough money to get one of them mixed!”

The connections between the members are a veritably tangled family tree. Before they lived together and raised a family, Miki and Moose were notable figures on the so-called shoegaze scene, while Elastica were Britpop peers. After post-punk pioneers Modern English split for a second time, Mick became a latterday member of Moose, while Justin joined the reformed Lush in 2015. And when Lush required a bassist for what proved to be their final show (in Manchester) in November 2016, Mick stepped in.

As a parent with a full-time job, it took Miki until 2015 to agree to reunite Lush, with Chris’ good friend Justin on drums. But it wasn’t to be a permanent arrangement. “After the Manchester show, Justin asked if I’d be up for something else,” Miki recalls. “But I’d never made music outside of Lush, and I’ve never wanted to do anything solo. I need someone else to motivate me, and in this case it was Justin. He sent drum tracks with guitar parts and odd words, so I wrote some vocals and lyrics, which became ‘This Must Be Bedlam’ and ‘Never Enough’. When Mick added bass, it sounded great. When Moose added guitar and keyboards – I’d never written like that before, it was such good fun.”

Simon Raymonde (Bella Union) had been one of the first to hear the demos; he instantly signed the band, further entangling the Piroshka family tree – his former bandmate Robin Guthrie (of Cocteau Twins) produced Lush’s debut album, while Raymonde’s current bandmate Richie Thomas (in Lost Horizons) is a former member of Moose. Raymonde subsequently introduced Piroshka to Paul Gregory of Bella Union labelmates Lanterns On The Lake who mixed Brickbat (except ‘What’s Next’, mixed by Alan Moulder) and to Fiona Brice (another Bella Union alumni), who wrote Brickbat’s strings arrangements, with Terry Edwards (ex-Higsons, current Blockhead), who played on Lush’s final album, on brass.