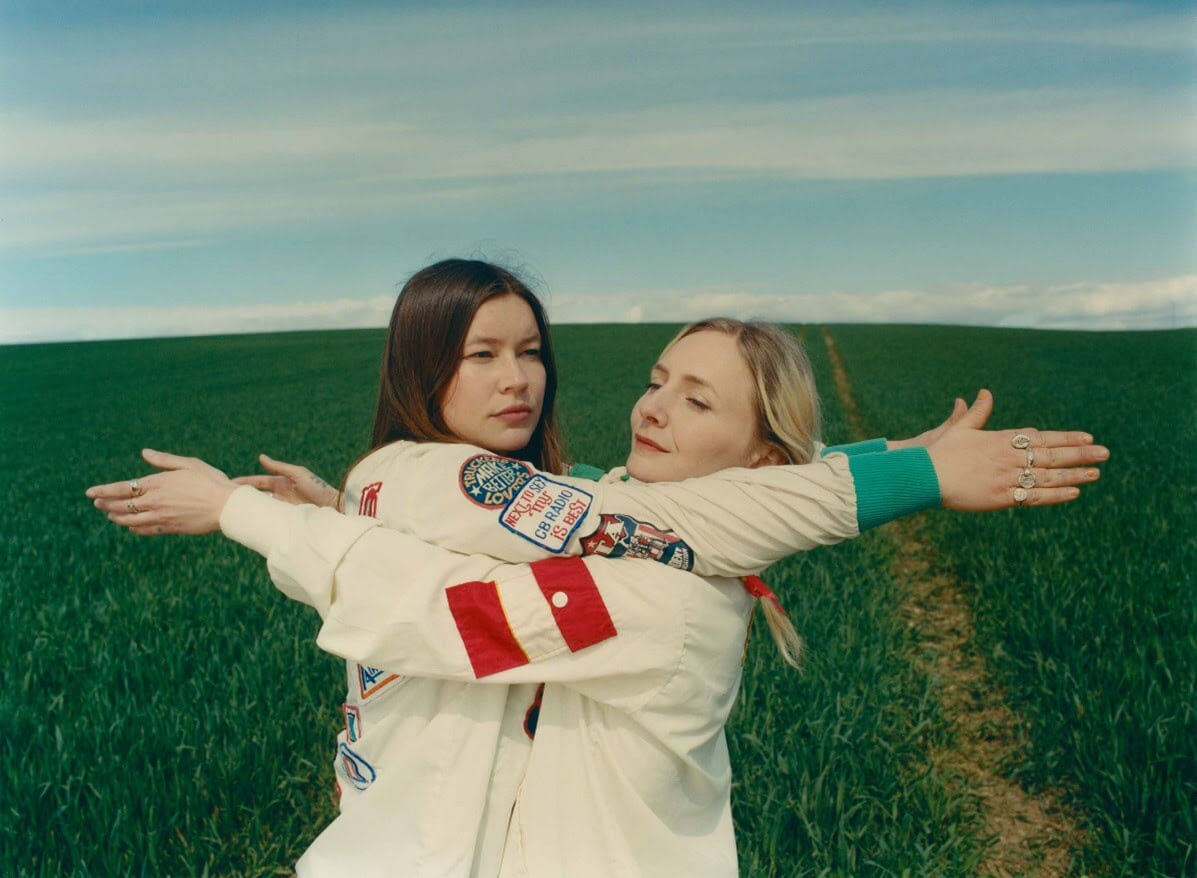 Rhian Teasdale and Hester Chambers AKA: Wet Leg have shared a video for their song “Oh No”. Like their videos for “Chaise Longue” and “Wet Dream”, the video for “Oh No” was self-directed. Teasdale says of making it: “It’s been a pretty wild ride for us these past few months, we never really thought much past actually making music and playing gigs. It’s quite an odd thing to suddenly open yourself to so much criticism and praise alike. The comments that complete strangers will leave on our videos are so funny and range wildly in sentiment. Although we know it is bad for us to read them and we try to avoid it, sometimes it’s irresistible when you’re on your own; the 3am doom scroll really gets you. For this video, we have obsessively selected our favourite bits from the comments sections across our socials, the good, the bad, the ugly and have repurposed them to make something new – it has been quite cathartic actually.”

Continuing, Rhian adds: “The video was shot on the Isle of Wight at the bottom of a chairlift that you can take from the top of the cliff. The rope costume – made by costume designer Kate Tabor – weighed an absolute tonne and it took three of us to carry it down the cliff to shoot. We’d each grab onto a limb, and after 20 minutes of heavy lifting managed to get it down the steep steps leading to the beach. We’re thinking of starting it up as a work-out class for alternative types.”

Wet Leg was recorded and produced in the main by Speedy Wunderground’s Dan Carey. Rhian says of the process: “It was such a beautiful and homely studio, with no glass separating us. We didn’t have much studio recording experience, but we immediately felt at ease at Dan’s.” The album was mostly recorded in April 2021, meaning they had a finished album before the world had even heard “Chaise Longue” or played live. “I guess how it happened was unconventional,” admits Hester. Rhian speculates: “Not many new bands get the opportunity to cocoon themselves in the studio without the noise and opinions of the outside world.” “It felt like a weird social experiment” jokes Hester.