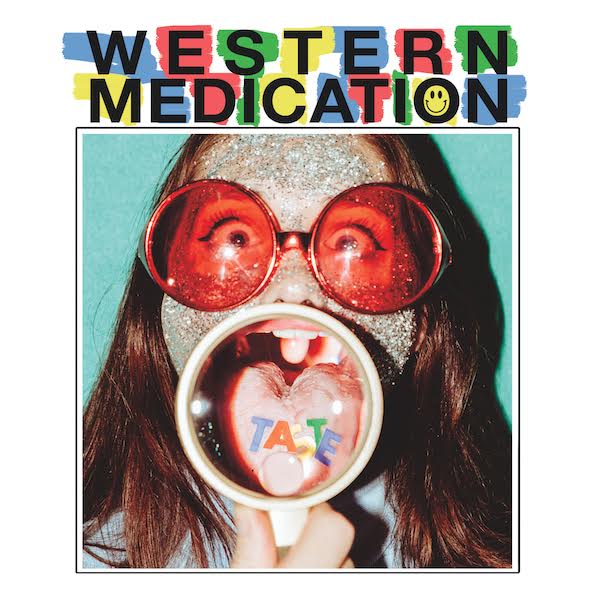 Western Medication’s forthcoming release Taste is described as a fitting follow-up to their debut album The Entertainers’ Secret: “We were just getting away from aggressive post-punk and punk,” singer/guitarist Justin Landis says of the guiding principle behind the album. “We wanted to get into a groove.” Western Medication have been busy over the last few years, aside from recording, playing live shows with Bob Mould, Bully, Diarrhea Planet and Jeff the Brotherhood. On the new album Western Medication teamed up again with producer Kevin Kilpatrick, who worked on Entertainers’ Secret. Today the band are streaming their forthcoming release, which will be available on June 29th.

The discuss the inspiration behind Taste:

“It’s about making new friendships and old ones falling apart, about the feeling of growing up in a city that people used to write off as one-dimensional, but then suddenly becomes the place to be. And it’s about the values that a DIY community instills in the people that give back to it. We took our time getting this one right. The album was recorded through the spring and summer of 2017, and captured what felt like our coming of age in Nashville.”

Landis and bassist Devin Mason form the songwriting core of Western Medication, and together, their musical tastes and tendencies have developed in tandem, from the post-77 U.K. punk influences on their earliest releases to the lush rock and roll orchestration of Taste. But the scope of Taste — which draws heavily from the Stone Roses, Primal Scream and Happy Mondays — would not have been possible without drummer Jeff Ehlinger and lead guitarist Josh Halper.

Western Medication constructed Taste over six months, deftly fleshing out each song with auxiliary instruments that add texture and depth to the band’s sturdy core. Strings swoon beneath Landis’ serene vocals on Britpop flavoured “An Elephant.” Rumbling bongos and effected harps anchor the love-drunk rush of “Devils Sing.” And remarkable title track “Taste” pairs resonant guitar with gauzy sitar, shuffling drums with arpeggiated synths, and the record-scratch flare of an MC-307 Groovebox with soaring piano. “It’s helped us find our sound, and it sets us apart and gives us more energy,” Landis says of Western Meds’ new phase of rock and roll orchestration. “Not to say we’re trying to bring an orchestra with us on tour, but different sounds and voices are liberating when you’re trying to take things in a new direction.” 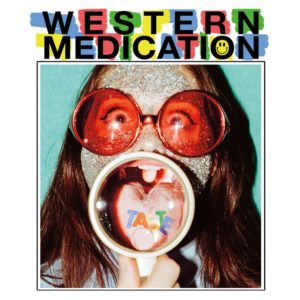