Watch new video from Shannon and the Clams 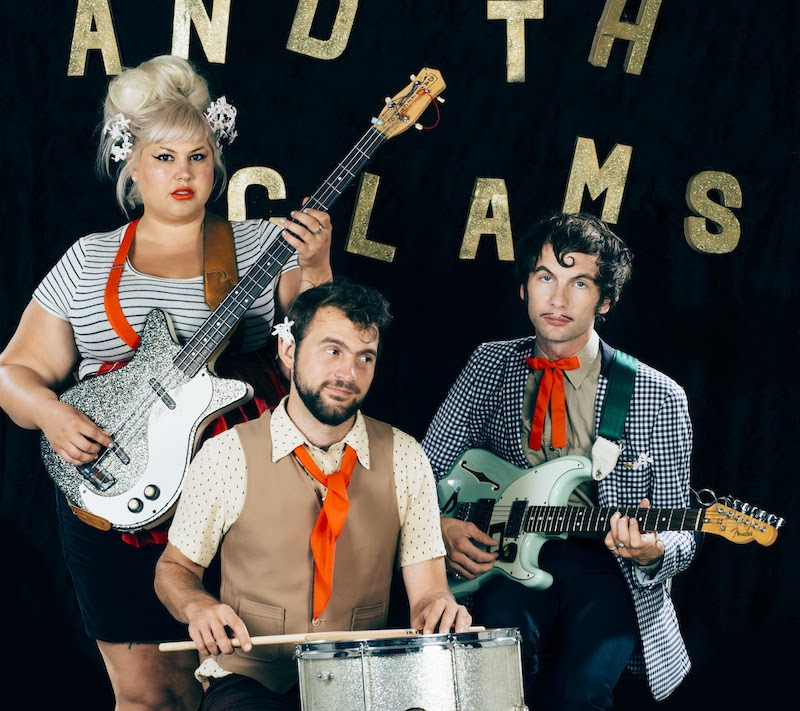 After recently releasing their album ‘Gone By The Dawn’ on Sept 11th via Hardly Art, the San Francisco Bay area trio Shannon and the Clams have unveiled their new video for “It’s Too Late”. The band are set to hit the UK for a couple of dates next week with shows in London and Brighton.

Directed by Ryan Browne, the ‘It’s Too Late’ video is very endearingly Clams and shows the take of a loner who gets picked up by some ranch-hands, but finds something bizarre, grotesque and mesmerising along the way.

The American West. America’s America. It was here in three very different worlds that Shannon and the Clams were spawned. From the dark redwood forests of Oregon emerged Cody Blanchard: singer and guitarist. The dusty walnut orchards and vineyards of northern California gave us Shannon Shaw: singer and bassist. Out of the lonely dunes of California’s central coast shambled Nate Mayhem: drummer and keys. These three talented visual artists were drawn separately to Oakland, California and it was there that the Clams began playing house parties and grimy clubs.

Gone by the Dawn, the newest Shannon and the Clams album, was written as one member was recovering from a serious breakup and another was deep in one. The lyrics reflect it, and the entire album is dripping with sadness, pain, and introspection. Shannon and Cody have not written generic songs about love or the lack of it. Instead they have written about their very own specific heartbreak, mistreatment, and mental trials. The emotion is palpable. On Gone by the Dawn the Clams have DARED TO BE REAL. They’ve exposed their true emotions. People are scared to be so real. Society does not encourage it. Folks remain guarded to protect themselves from being mocked, punished, and becoming outcast . The Clams have opted to forgo the potential tongue-clucking finger-waggers, and have instead had the artistic courage and audacity to splay their pain and struggles out for all to hear.