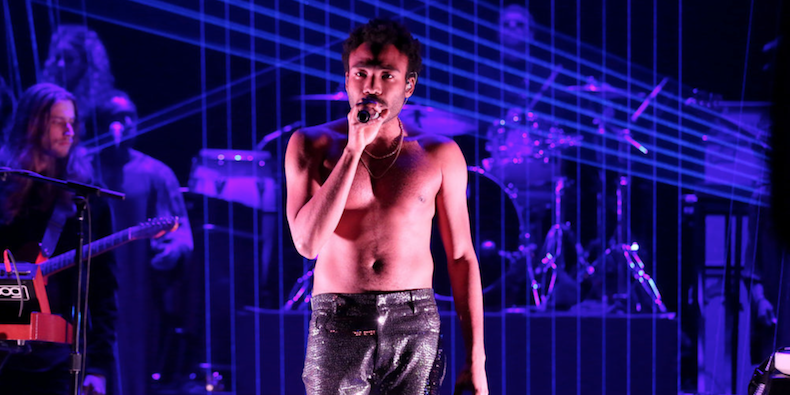 Last night Childish Gambino showcased his newfound style with a mesmerizing performance of “Redbone” on NBC’s The Tonight Show Starring Jimmy Fallon. “Redbone” is the lead track off of Gambino’s new album Awaken, My Love!, which was released earlier this month on December 2 through Glassnote Records.

Awaken, My Love! debuted at #1 on the Billboard R&B Albums Chart, #2 on the Top R&B / Hip Hop Albums Chart and #5 on the Billboard 200 Chart. The album is a sonic evolution and groundbreaking next step following his prior releases, the genre blending STN MTN / Kauai mixtape and the twice-Grammy nominated rap album, because the internet.

Watch the performance below and be sure to check out our beaming review of Awaken, My Love! if you have yet to.

Both critics and fellow musicians alike have applauded Gambino’s latest record; artists like George Clinton, Questlove, Pharrell, Usher, Lin-Manuel Miranda, Nick Murphy and many more offering praise for the album and its sound.