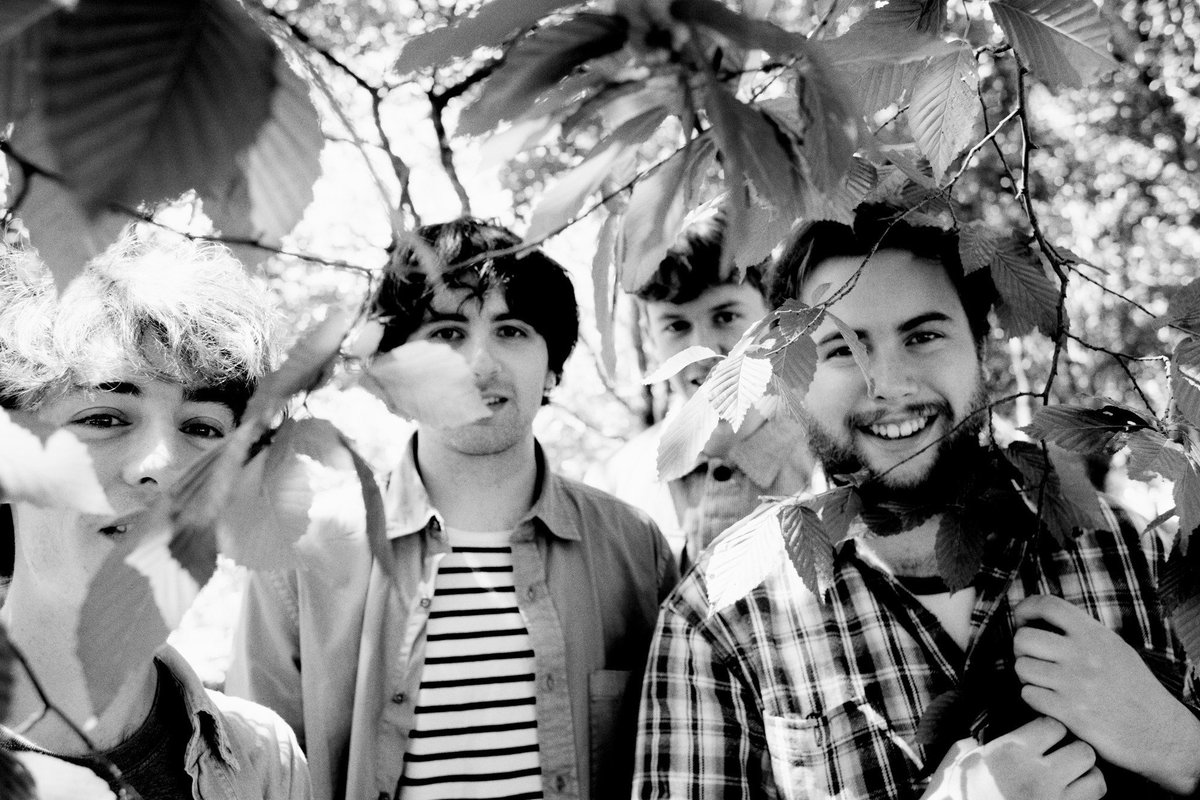 Following the announcement of their forthcoming release Big Box Of Chocolates that comes out on October 21st via Heavenly Recordings, Liverpool band Hooton Tennis Club are sharing their new video for new track “Katy-Anne Bellis”. Clocking in at less than three minutes, it’s a brisk yet alluringly sincere ode to band member Ryan’s ex-flatmate, Katy-Anne, on which Ryan states: “She’d lived in the house for one year and three months. It’s just a mushy song about moving house and staying in touch”.

The light-hearted video honours these memories even the further. The band elaborate: “We decided to throw a soiree in the living room of the enchanted ‘Garlic Mansion’ for our song inspired by the wonderful Katy-Anne! The house she used to live in – a house of plenty – never a dull moment! People come and people go, and in this house all are celebrated. ¡Viva la garlic mansion!”

The song is the first to be revealed from the band’s forthcoming album, which was produced by Edwyn Collins at his Clashnarrow Studios in Helmsdale, Scotland.

Recorded over three weeks in Helmsdale, during which time they all grew beards, drank copious amounts of tea, became birdwatchers and whiskey tipplers, the album reflects the band’s relaxed approach to songwriting ; they tend not to labor over recording demos or strumming and beating the life out of songs in the practice room –instead—ideas are allowed to form spontaneously: melodies are hummed into phones or computers, lyrics batted back and forth between Murphy and Madden, songs worked out alone in the bedroom, or layered up from scratch together in the studio.

Formed in Ellesmere Port in Cheshire in 2013, musically, their inspirations range from Big Star to Can while elsewhere; they’re influenced by authors who deliver a ‘down and out skewed view of the world’ like Kurt Vonnegut, Hermann Hesse, Henry Miller.

The band have announced an extensive U.K. and European tour at the end of the year.

7. Statue Of The Greatest Woman I Know

8. Meet Me At Molly Bench