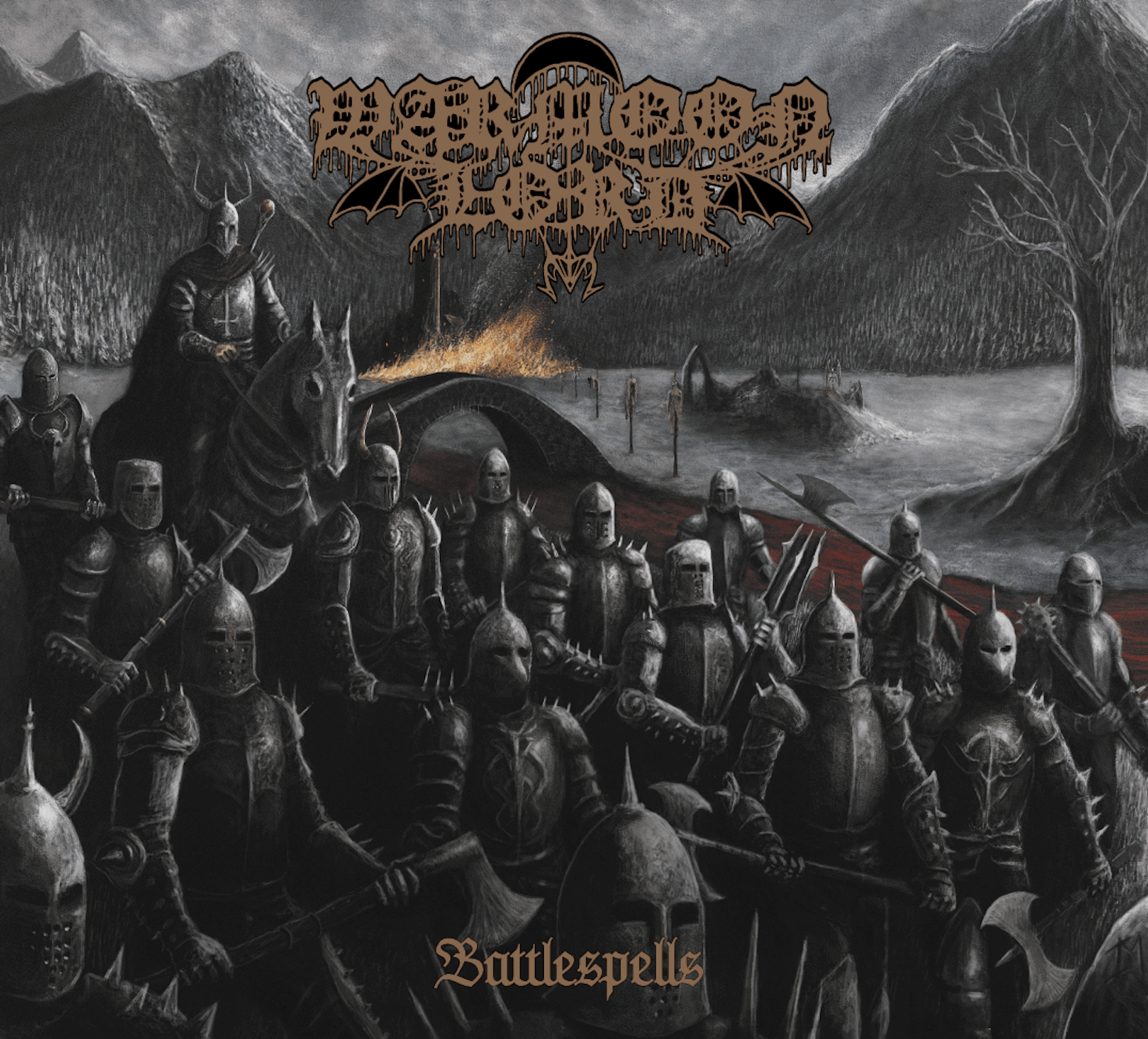 For those unfamiliar, Warmoon Lord hails from Finland and brings the spirit of the 90s second wave of black metal with their music. Consisting of sole member Vechi Vrăjitor who handles all instruments and vocals, Battlespells is their second full-length album and follows the excellent debut, Burning Banners of the Funereal War.

While the first point of reference for some listeners may be Norwegian groups such as Emperor or older era Satyricon due to the epic and medieval atmosphere present throughout the seven tracks here, Warmoon Lord weaves in unmistakably Finnish melodies. One only has to listen to recent releases by Vargrav, Ymir, Faustian Pact, or Mooncitadel to hear the strength of the black metal scene in Finland continue to carry on the sound and tradition of older Finnish groups while simultaneously drawing on the Norwegian bands of the 90s.

Warmoon Lord certainly added themselves to that list, their debut making a mark in the underground upon its release. While the debut had a raw production, Battlespells sees Warmoon Lord utilize a slightly more polished sound which works very well given the material this time is much more epic. The keys are more present and majestic, the bass is fuller, and the guitars remain razor-sharp. While Vrăjitor is a prolific musician performing in many other groups, his work in the Dungeon Synth project Old Sorcery is the one that relates here. The Key of the Moonpiercer is one such example, opening with an extended synth piece, acoustic guitars, and choral vocals that sound like the theme song for the warriors depicted on the album artwork before blasting into one of the most aggressive tracks on the album. In addition, the choral keys and melancholic guitar melody elevate this into a definite highlight of the album. Empowered with Battlespells contains some riffs that bring to mind traditional heavy metal while again utilizing some beautiful keys. Oracles of War opens with a riff and keyboard part that would have been right at home on Dimmu Borgir‘s Stormblåst and album closer In Perennial Twilight ends things off on another incredibly epic and aggressive note.

Overall this is a powerful follow-up to the debut album. Vrăjitor is a truly impressive musician. His performances here are excellent throughout. While there isn’t much musically listeners of the genre will be surprised by, the material is strong. If you are a fan of some of the groups mentioned, definitely check this out.