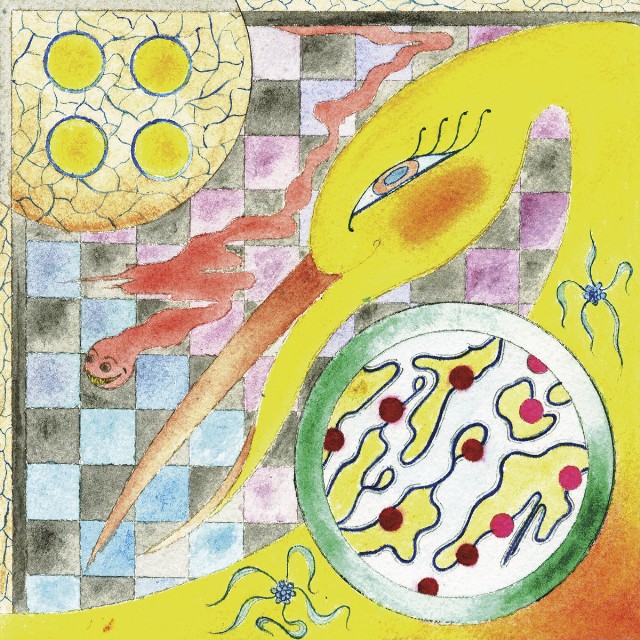 A true sense of fun is contagious and can make your music something that grows on people a lot faster than writing that’s just clever. For Wand’s newest release, they put everything into it for an album that you can really feel the excitement from. Though it doesn’t always have the most memorable riffs, Wand put enough life into this record to make you want to get behind them.

There’s an utter ferocity as the album opens on the unhinged rush of “Perfume” with as many colossal drum lines hitting your ears as blistering guitar lines. Despite this wailing cluster of noise, Wand manage to weave wondrous melodies in the midst of their chaos for a song as enthralling as it is distinct. Though the song frames everything around a succinct pop core, there’s more exotic and Eastern tones that infect both the melodies and the writing as the song goes on. After a massive descent into feedback, Wand emerges one last time to take the song out more hungry than ever.

Rustic tones beat out in the opening of “Town Meeting” before a quirky swirl of riffs and vocal melodies come in like Queens of the Stone Age’s indie-cousins. The light melodies quickly come together in a chorus where every voice is united and more heavy, making for centered moments in a song driven by unconventional cohesion. Even as it seems like you might start catching on to the song’s direction, it switches into a fractured hit of clanging riffs before even heavier drops than before.

While “The Gift” starts with a smart groove and a restraint that is a little unexpected, it quickly whisks you away into magical territories. Through its flurries of tumbling drums and mystical synths the song quickly breaks into a dreamy chorus where the vocals are as ecstatic as the band playing around them. Even though this is quite a powerful mix already, Wand break into an emotionally charged solo to round the song out with raw energy and a dynamic, rhythmic fury.

No song is more tempered on the record than the interlude that “Hiss” provides in its light touch of flickering tones played with a subdued hand. As pretty as it is, it will really only serve as a piece for a full album listen.

“Pure Romance” really does ooze a sense of adoration in its riffs, to elevate the song’s intoxicating story of love. Though it could rest on this feeling, it kicks things right in on booming riffs and drums that never seem to stop. Even without the strongest bridge on the record, the constant shifting beats and expanding sonic palette of the song make even a token final chorus feel new and fresh as you listen to it.

The building nature of “Train Whistle” really feels like one of the album’s few moments of true experimentation, and one that turns a jam into something heady and curious. Though it never really finds a resolution it will hold your attention for quite some time. As an overall track it would however serve the band a lot better on stage.

As the band comes to a close on “I Will Keep You Up” they center around their strong main hook with a classic rock stomp. Even the subtle moods they build around have a life around them, as the surprising softness of the song provides a tension in itself. Along with the satisfying beat out of drums, the surprising second vocalist really gives the song a new life and momentum.