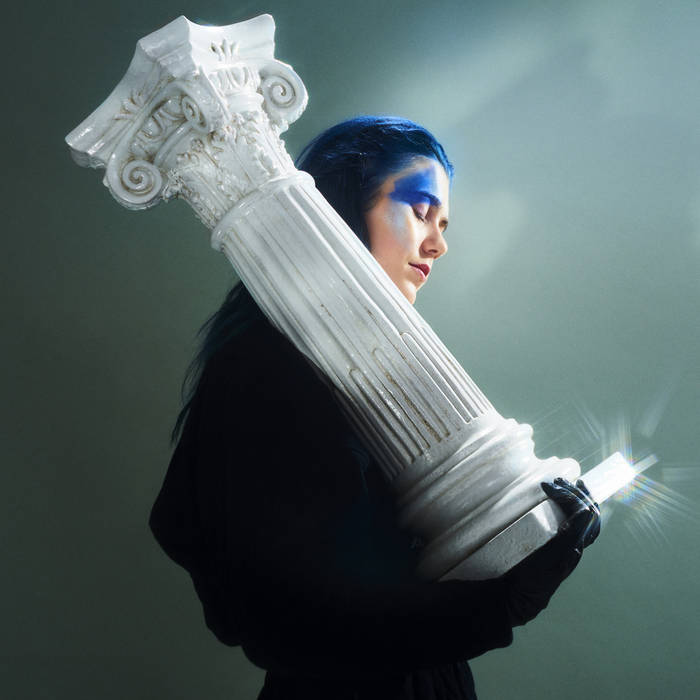 Tegan Wahlgren’s full-length debut as Wallgrin, Bird/Alien, is all-consuming, doom-laden chamber pop. The Vancouver composer’s looped and layered vocals are hypnotic, enrapturing, and unsettling. Croaks, suffocating whispers, choked vocalizations, panicked panting, and operatic acrobatics accumulate in swarms. She literally chops her throat with the edge of her hand over and over to produce the vocals on the seductive “Ae’aea.”

Incantations, ritualistic chants, lush, violin-based arrangements, and slow-dripping electronic beats comprise Bird/Alien. The album measures up to standards set by art-pop visionaries like Björk and Kate Bush. More contemporary names like Jenny Hval and Petra Glynt also come to mind. Like all of them, even Wallgrin’s quietest moments contain vast interior lives. Each song is a deep well of emotion.

To draw those emotions to the surface, Wahlgren explores a span of topics as wide as her vocal range. She says Bird/Alien is about learning to feel powerful and “at home in your own skin.” She says she does so by embodying mythological personas and channeling the supernatural. Wahlgren indeed fixates on transcending the mortal plain. On “Ae’aea,” she pines to hear a siren’s call, flirting with queerness: “When I can grow out of my skin, take me with you, with you beyond the graveyards.” She also fixates on astronomical phenomena like quasars on “Exosphere.” On “Kiss Me in a Casket,” she sings, “Kiss me in a casket, goodbye! I want to be forgotten by you.” Even if she isn’t soliciting the kiss of death with sincerity, the lines speak to her yearning for rejection, a thread that runs through Bird/Alien.

Despite those fixations, Wahlgren’s imagery is earthy, carnal, even grim. On “River Valley,” she references fertile soil – and pulling her arms from their sockets. (“In the sand is where you’ll find my skin” is actually one of the song’s less graphic details.) “White Dress” depicts “a woman in a white dress drowning.” And deities appear all over Bird/Alien, but her spiritual imagery is sometimes explicit, like the “grimy hands covered in the blood of lambs” on “Exosphere.” Unsurprisingly, danger lurks around every corner on Bird/Alien. Wahlgren either sings about threats or sings from vulnerable positions. On “Two-Mouthed Woman,” she advises someone walking alone in a park at night to “just bring a knife that’s bigger than your head. Bring a knife or you might end up dead.” Later, on “Exosphere,” she warns, “The shepherds will not keep you safe.”

Not only does Wallgrin joust against threats for a sense of safety, she jousts against romantic dishonesty. On “Exosphere,” she confesses, “I haven’t always told the truth. It doesn’t mean I don’t love you. It doesn’t mean I never wanted to.” Bird/Alien is a deep-dive exploration of opposites: Here, she wants acceptance.

Bird/Alien is tempestuous. Inner and outer tensions rage against themselves as Tegan Wahlgren struggles with her desires and fears. They might be unspoken taboos – morbid manifestations of pure dread and horror. Or they might be heavenly manifestations of pure happiness. Words aren’t always enough to express the spectrum of human emotions. But Wahlgren does her best with her pure voice, violin in hand. 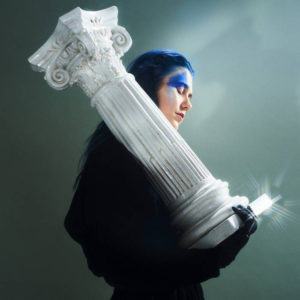