The band formerly known as Charlie Boyer & The Voyeurs are now just The Voyeurs.  The band’s second album takes in the rail networks of Eastern Europe and a transvestite bar in Limehouse in East London. Rhythmic inspiration comes from both The Glitter Band and the Berlin-fermented pulse of Iggy Pop’s The Idiot album.

The Voyeurs are based in London, but drummer Samir Eskanda was born in the Middle East. Frontman Charlie Boyer’s childhood was spent in the Forest of Dean, where he went to the same school once attended by the sainted hit-maker and recording-studio revolutionary Joe Meek. Charlie says that Meek was ‘a bit of celebrity for all the little freaks at school – we’d often listen to Telstar at the right time of an evening…’ Wow! Can pop-music hot-housing get any better? Certainly Meek’s spirit of adventure is audible in the opening track on the The Voyeurs’ new album, ‘Rhubarb Rhubarb’. ‘Train To Minsk’ is the track that draws on the idiot-savant wunder-chug of The Glitter Band and Iggy Pop. The lyrics range from Belarus to Japan.

‘It’s about the idea of just getting to somewhere else,’ says Charlie. ‘The new album is about interesting sounds and interesting stories. Some parts are lush and almost orchestral, with Mellotron-type sound effects. Other parts are stripped back to almost nothing. It’s a studio record where the first album was a live record.’

The band released their debut album, ‘Clarietta’, in 2013 – a British revision of Jonathan Richman and Television, but with its underlying UK character lit up by hints of the Buzzcocks and Syd Barrett. The album was recorded by Edwyn Collins, singer/songwriter and producer, and much-loved laird of the expansive Orange Juice estates.

‘Rhubarb Rhubarb’ was played by the same people as the band’s debut album: Charlie Boyer (vocals, guitar), Danny Stead (bass), Sam Davies (guitar), Samir Eskanda (drums) and Ross Kristian (keyboards). But while the personnel stays constant the song does not remain the same. Charlie says that if the debut album had a spiritual home in New York City, the new LP has its heart in London. ‘A lot of the album is about characters,’ he says. ‘There are a lot of domestic themes – sometimes a story about a boy and a girl, with maybe some of the characters moving from song to song. It’s more of an English record – where showtunes and a sense of humour enter the picture, moving on from simple gutter rock.’

‘The new album has a colder, darker feeling than the first one,’ says Charlie. ‘One of my favourite records is Lou Reed’s Berlin, which swings between a cold starkness and a kind of brilliant pomposity. We wanted to have those two elements – really stripped-down moments of just tambourine alongside ten layers of harmonised guitar.’

‘There’s a lot of noise around in the world today,’ says Charlie. ‘I was thinking of the idea of making noise but not really saying anything. The idea of “rhubarb, rhubarb” is unscripted background conversation in plays and on television. Today people are commenting on things all the time, commenting in new ways – Twitter and things. But a lot of it’s just more background, another kind of “rhubarb, rhubarb”…’

At time of writing The Voyeurs are taking their bold new noise across Europe – out with Fat White Family from Oslo to Berlin, Eindhoven to Prague. 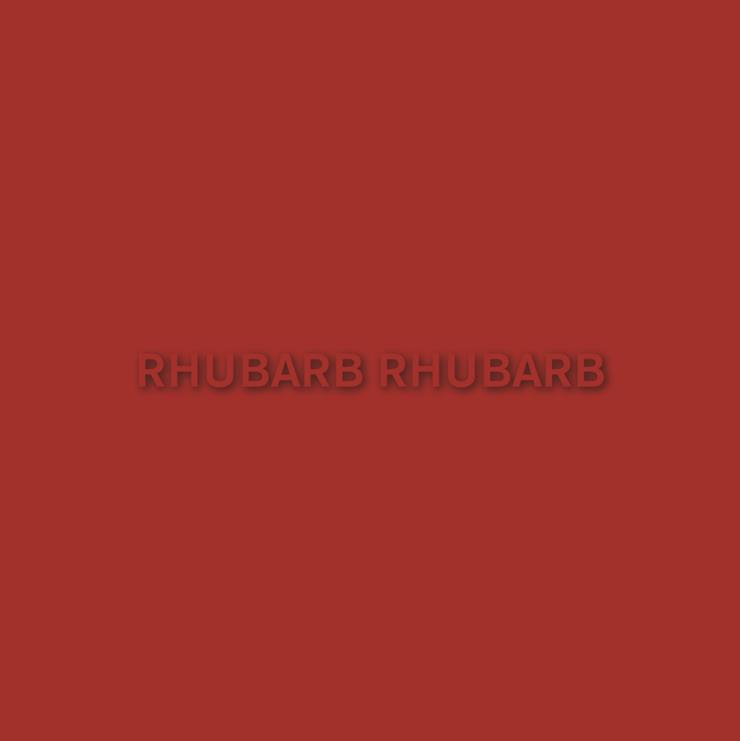