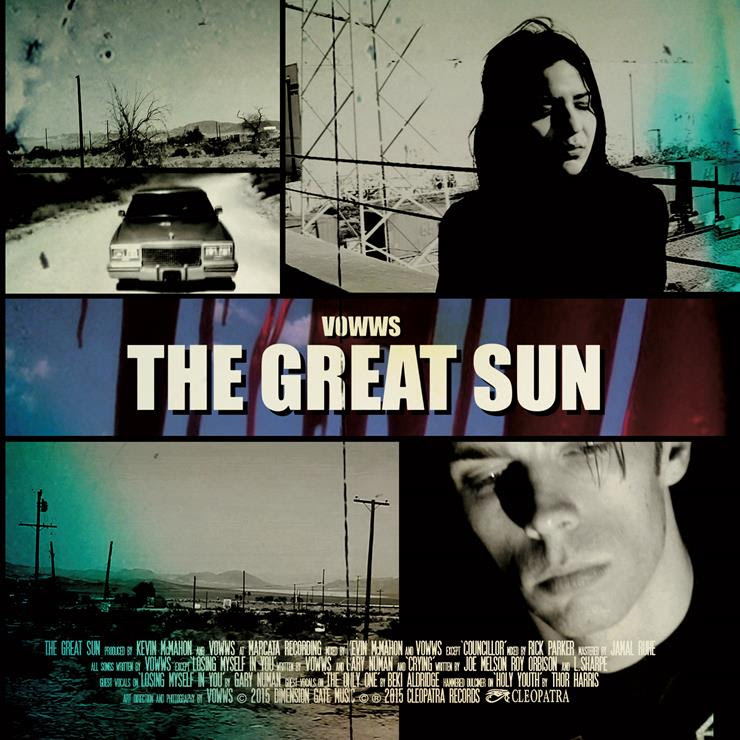 La band, VOWWS have released a new video for “Councillor” today from their release The Great Sun LP, out now on Cleopatra Records. The band hit the road for a West Coast this December.

Australian/Iranian Industrial-Pop duo VOWWS met while studying music in Sydney, Australia. They played in multiple experimental rock bands in Sydney together before moving to NYC in 2011 and creating VOWWS. Gradually their tension, conflict and chemistry began to define their world, and their sound. The result is as bipolar as it is harmonized, with drama and extremity facing off against diligence and measured observation. Friend, producer (and sometimes mediator) Kevin McMahon helped capture this dichotomy on tape, disguising a collection of dense pop songs with layers of distortion; grinding and swaying and pushing all the while. In late 2014 VOWWS moved to LA.

Shortly after arriving in LA, Matt toured nationally supporting Foster the People – as lead guitarist for French artist Soko. After returning from tour, VOWWS signed with Cleopatra Records, and were able to finalize recording their debut album as VOWWS – it is entitled ‘The Great Sun’ and features appearances by Gary Numan, and Thor Harris (SWANS). Featured remixes of tracks from the record include Jimmy Urine (Mindless Self Indulgence) and Brooklyn noise artist Dreamcrusher.