Timber Timbre have debuted a new video for “Velvet Gloves & Spit”, the second song released off the band’s upcoming fourth album ‘Sincerely, Future Pollution’ which is out April 7 via Arts & Crafts.

The video was created by, and features, artist and poet Cristine Brache, who said: “We wanted the video to have a homemade feel, lo-fi, to make the situation feel more intimate. With the first cut, I tried to let the video weave in and out of the song. The repetition emphasizes the earnest desire to be disciplined, which I think compliments the song. As it is a music video, I don’t think it should be grounded in narrative because I don’t think the song needs it. The song stands on its own. Any attempt to try to overshadow that would weaken the video. I think the music video’s job is to provide opportunities for the viewer to see non-linear gestures and moments and to give the song space. A good song needs a lot of space.”

“I’d enjoyed the intimacy in the things that Cristine and [her partner] Brad Philips were making, together and respectively,” adds singer Taylor Kirk. “Working outside the parameters of more conventional music video makers, I think the result is something that feels very true and candid. They seemed to understand the essence of the music very well. Though euphemistic the discipline ritual in the video is softly charged and shows a kind of tenderness and romance to the fixations parallel in the song.”

Timber Timbre – Taylor Kirk, Mathieu Charbonneau, and Simon Trottier, with drummer Olivier Fairfield – have always created music that traces a shadowed path, using cues of the past to fuse the sound of a distant, haunted now. On Sincerely, Future Pollution, the band coats the stark, sensual sound of 2014’s Polaris Music Prize Short-Listed and JUNO Award nominated album Hot Dreams in an oil-black rainbow of municipal grime. It is the cinema of a dizzying dystopia, rattled by the science fiction of this bluntly nonfictional time.

Timber Timbre will embark on a North American tour this spring, beginning on April 28, with stops in Winnipeg, Edmonton, Calgary, Vancouver, and Montreal. Full tour dates can be found below. 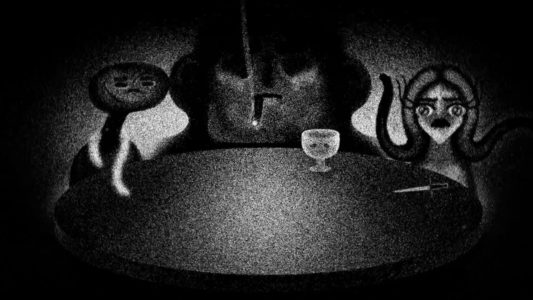 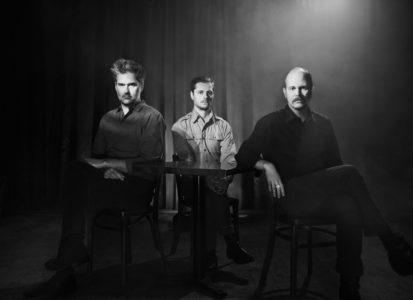 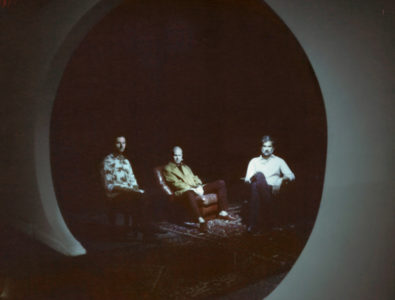