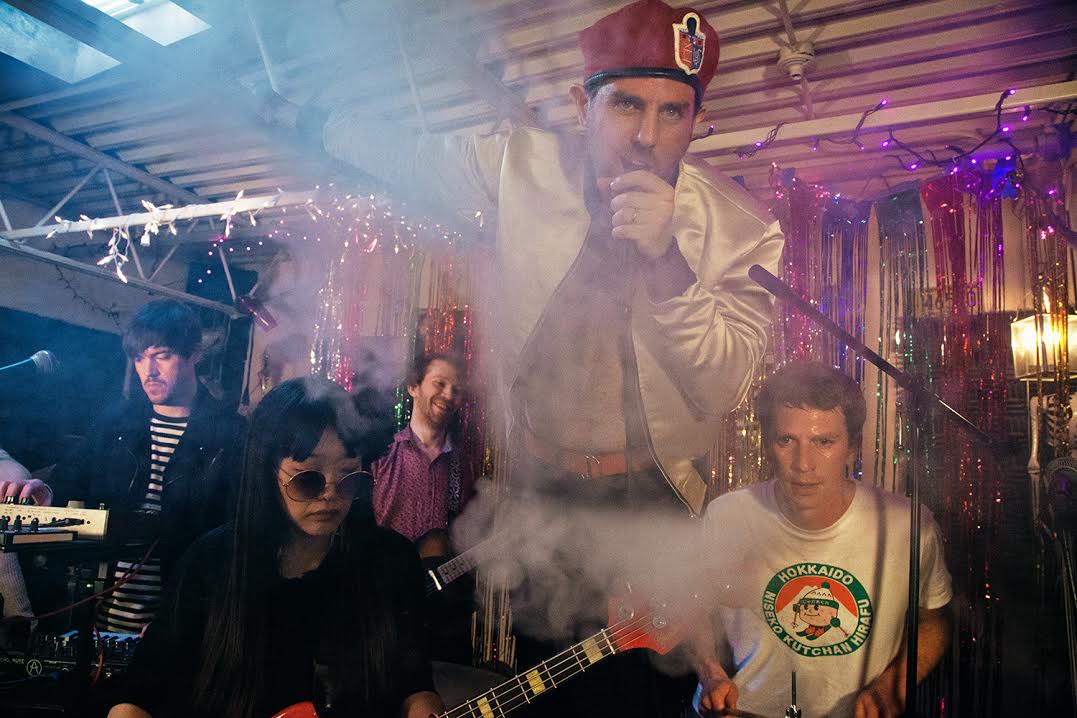 As a youngster Shlomi Lavie was told “he had no coordination whatsoever” and should play the trumpet instead of drums. Lavie persevered and spent the next couple decades working on succesfull projects, including studio and stage work alongside Israeli artists as Berry Sakharof, Arik Einstein, and Yehudit Ravitz. Not to mention random gigs like a loose recording session with Ryan Gosling and local musician/producer Rona Kenan.

Lavie was also a member of one of Israel’s most unlikely major label acts, Habiluim, they’re known for sneaking dark and subversive lyrics into a restless mix of punk rock, Balkan folk, and klezmer music. Kind of like a Trojan horse, subsisting on a steady diet of irony, rage, and Kurt Weill. That approach brought them as far as a Brooklyn recording studio, giving Lavie his first taste of the city he’d soon call home.

His first Brooklyn project after leaving Habiluim was more like a manic theatre piece with an electro-punk soundtrack than a proper band. “I was playing a character—wearing face paint and screaming in a raspy, Tom Waits-y voice,” he explains. “We had people with gas masks handing onions to the crowd, dancers, and a rubber rat. It felt oddly safe.”

To break that cycle, Lavie pursued two entirely different paths: a permanent drummer position in Marcy Playground and a solo outlet called Van Goose. While his role in the former has been going strong since 2008, the latter didn’t wrap its debut record until the past year.

Lavie’s latest project, Van Goose’s new album Habitual Eater, echoes the early days of DFA, the propulsive no-wave and post-punk of 99 Records, and the iconic 12-inches of West End, songs like “Mike Myers,” “Right Wave” and “On My Hand” sound like they were beamed from an old-school disco in outer space. And then there’s “Last Bus,” a twitchy opening track featuring Liquid Liquid’s own Sal P on percussion and a lo-fi blend of lean bass lines, hollow cowbells, and steam-pressed synths. Ahead of the album release, Van Goose has shared the first “She’s No Pressure.”

“I read in the newspaper about a woman crashing her own funeral. Her husband hired hit men who ended up showing mercy and didn’t kill her. But they held a funeral anyway, as a setup for the husband. She just showed up and said “surprise! I’m still alive!”. True story. That really intrigued me and made me think of what drives a person to murder their partner.