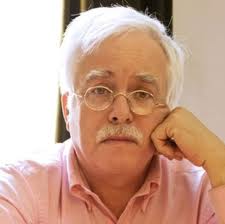 Following the success of his classic album reissues last year Bella Union is thrilled and honoured to announce a new album from the truly legendary composer, musician, lyricist, producer and singer Van Dyke Parks. There has been one live album and one soundtrack record in the last 24 years, but Songs Cycled contains the American’s first new material since 1989, expanding even further Parks’ pioneering, and still unique, handle on Americana with the crystal clarity of a 21st century recording. All this in Park’s 70th year, which makes Songs Cycled extremely special indeed in so many ways.

Alongside new originals such as ‘Dreaming of Paris’, ‘Wall Street’ and ‘Missin’ Missippi’, new collaborations such as ‘Sassafras’ and ‘Money Is King’, there are new cover versions and re-recordings of older tracks, and guest vocals from Gaby Moreno and Irana George. Follow the link below to hear “Hold Back Time” from the album…

2. ‘Hold Back Time’ (re-recording of a 1995 song from the Orange Crate Art album with Brian Wilson)

5. ‘Aquarium’ (cover of 1886 Saint-Saëns piece, an analogue recording with the Esso Trinidad Steel Band in 1971 – VDP produced their album)

8. ‘The Parting Hand’ (1835 hymn from the tradition of unaccompanied choral music known as the Sacred Harp)

10. ‘Wedding in Madagascar’(traditional a capella folk-song, arranged and adapted by VDP)

Other solo Parks albums are 1982’s Jump (songs adapted from the stories of Uncle Remus and Brer Rabbit), 1990’s Tokyo Rose (the history of Japanese/U.S. relations from the 19th century) and 1997’s Moonlighting: Live at the Ash Grove. There have been film scores and children’s books, and scores for a dizzying array of talent, including Little Feat, Arlo Guthrie and Bonnie Raitt. In the 80s and 90s, Aaron Neville, Carly Simon, Bonnie Raitt, Bruce Springsteen, Fiona Apple, Eliza Carthy and The Buena Vista Social Club were among the benefactors; more recently, Rufus Wainwright, Inara George, Silverchair and The Shortwave Set alongside Newsom.