Motorists have shared a new video “Vainglorious”. The track is off their recently release debut album, Surrounded. The LP was mastered by the legendary Mikey Young (Eddy Current Suppression Ring, Total Control) and is now available via We Are Time, Bobo Integral and Debt Offensive.

The video for the track was created by band member Craig Fahner and Michelle Lemay, mirroring the aesthetic of “Through To You” to draw on the 80’s German TV show, Beat Club. The song presents another example of the band’s knack for head-jerking riffs and understanding of a tight pop melody, dealing with feelings of alienation examined through a political lens. While veering away from being too heavy-handed, it weighs up how the people in charge might say all the right things to make you feel comfortable, while actively working against your best interests in practice.

“We have seen the work that is actually done from the front lines to make things better for vulnerable people while our representatives do absolutely nothing, and yet they continue to congratulate themselves as progressive leaders,” Fahner says, recounting the failures of Canada’s national and local politicians. “We have seen this with our prime minister’s smiling embrace of environmental justice causes, while actively campaigning for and benefiting from the Canadian petrostate off camera. Or locally, with our mayor presenting himself as a man of the people, as someone providing solutions for people living in poverty, while, in actuality, operating as surrogate for the real estate industry that would actively like to obliterate poor people from the landscape.” Motorists wonder out loud how one could stand to live such a paradoxical life and stand for nothing, these do-nothings are designated with the biblical sin of vainglory—“all of the pride, none of the substance.”

Toronto -based band Motorists includes Fahner, bassist Matt Learoyd, and drummer Jesse Locke, whose paths intertwined fifteen years ago when they met in their hometown of Calgary, Alberta. They’ve played together in the band for three years, but have been in and out of various projects together since their teenage years. Craig’s previous bands include Feel Alright and Leather Jacuzzi, while Jesse plays with Tough Age, Simply Saucer, and Chandra. They also share an eclectic mix of influences from post-punk to power pop to krautrock. 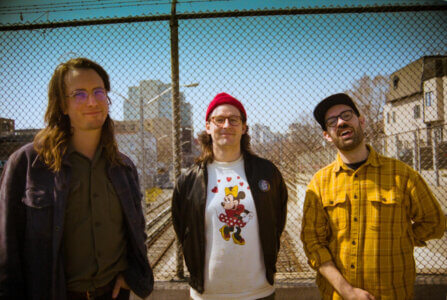 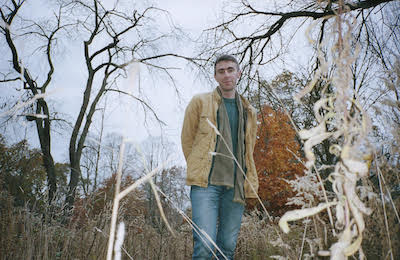