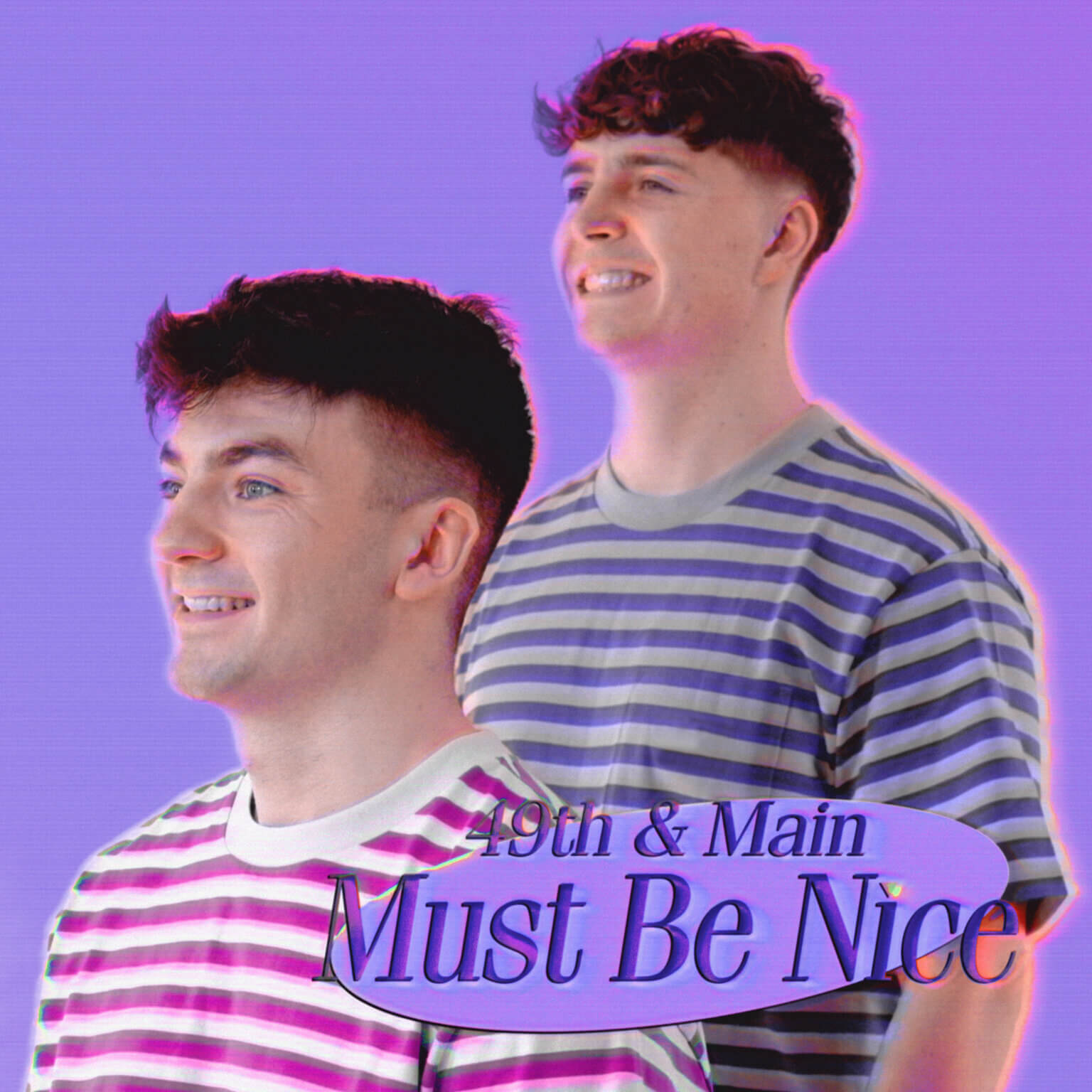 49th & Main have dropped “Up To Something” the latest single off their forthcoming debut EP Must Be Nice, due for release July 22nd on Counter Records (an imprint of Ninja Tune). The track follows “Human Condition.”

Opening the duo’s EP, “Up To Something” is as an ode to those late nights that turn into (sometimes regrettable) early mornings, close to the bone lyrics collide with creative instrumentation. Speaking about “Up To Something”, 49th & Main said: “This is a long night, forgotten conversations and empty wallets kinda tune that you just can’t help dance to” Must Be Nice drops on July 22nd on Counter Records.

Hailing from the Irish town of Kilkenny, 49th & Main are an indie-pop duo consisting of producer Ben O’Sullivan and vocalist/multi-instrumentalist Paddy King. The pair first met in school and after growing close, they began working on music together during a particularly warm summer, with O’Sullivan dabbling with acoustics and how to record King’s guitar.

Once in Vancouver (just off 49th & Main street), O’Sullivan found himself unable to find work; so whilst King and his friends went to work at stores and building sites across the city, he would spend his days producing and writing music for Paddy to jump on when he returned.

It was around this time that O’Sullivan, unbeknownst to him, had developed aplastic anemia: a rare blood disease which prevented his bone marrow from producing enough new blood cells, making him chronically fatigued and prone to infections. After returning home from Canada, came months of tests, scans and anxiety for what was to come.

On the 1st of January 2020, O’Sullivan was officially diagnosed and began treatment which left him heavily immunocompromised, living between the attic of his family home or a triple-sealed hospital room.

Three months after O’Sullivan began treatment, and on the eve of a worldwide lockdown, 49th & Main introduced themselves to the world with the trap-infused “Party Alone”, in collaboration with former classmate TraviS. Less than a month later, they released their debut project ‘Neon Palm Trees’; which jumped between genres effortlessly as the pair blended dual influences without fear of insult.

The band recently announced that they have signed a global record deal with independent label Counter Records, an imprint of Ninja Tune, who already house artists such as Bonobo, Bicep, Thundercat, Kelis and Black Country, New Road. On top of that, Paradigm have come on board to support their live journey.