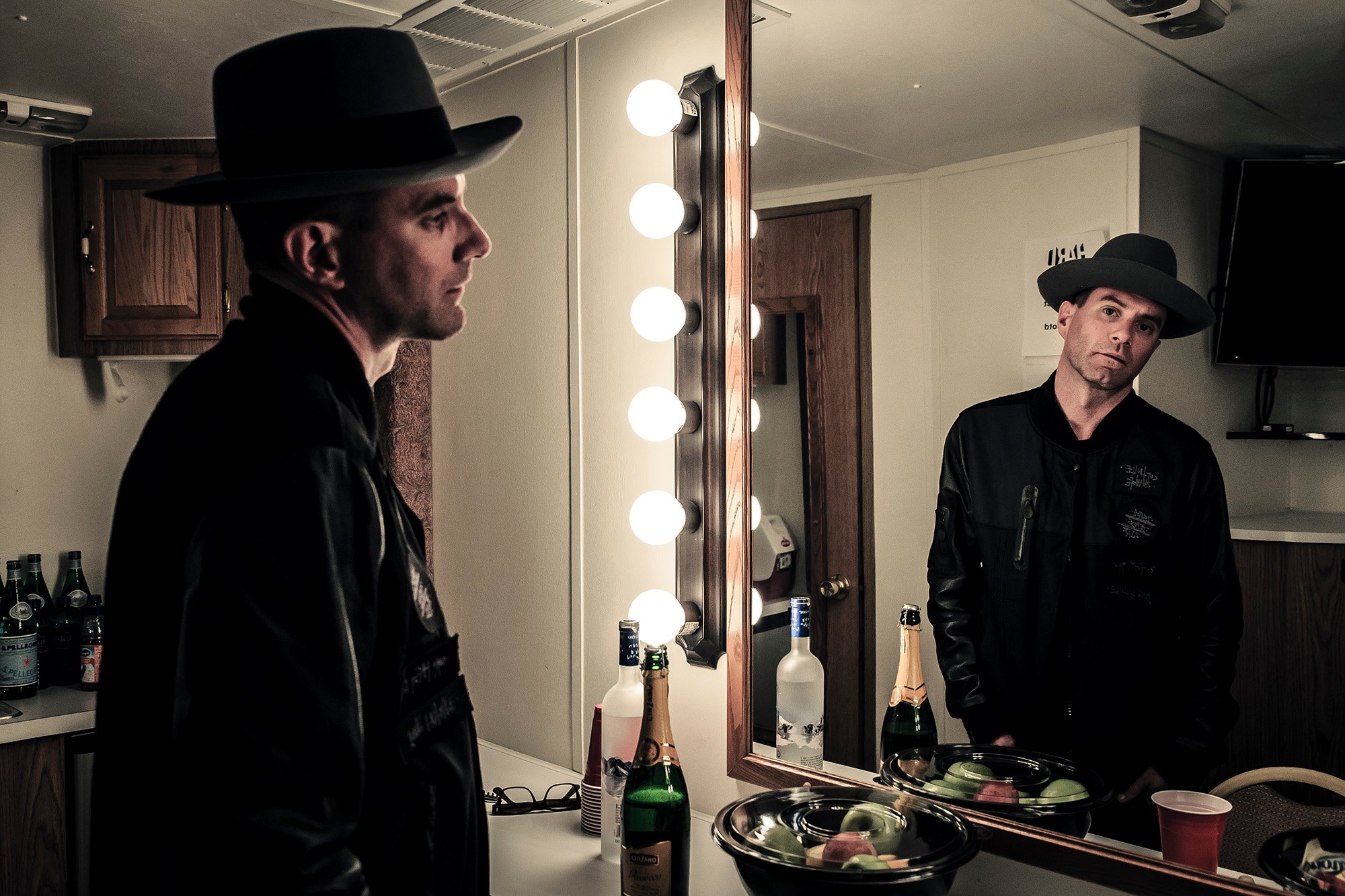 After a rollercoaster twenty-five year career as an artist, curator and tastemaker, James Lavelle returns with UNKLE’s fifth studio album: The Road Part 1.

The Road Part 1 is a collection of fifteen new UNKLE tracks inspired following his curation of 2014’s Meltdown Festival at Southbank, their most successful to date.

Recorded in London and Los Angeles’ Pink Duck Studios, The Road Part 1 is the product of a desire to create something fresh and innovative, that also celebrates the rich history of UNKLE, and showcases a new wave of talent such as Elliott Power, Mïnk and YSEÉ.

Lavelle set out to make a record that tapped into the multicultural landscape of modern London. His mission was to unite the eclectic mix of ideas, cultures and genres under the UNKLE umbrella and create something unique.

James Lavelle praises the role of collaboration, and its important at the core of the project:
“I hadn’t made a record in a long time, and the incarnation of UNKLE had changed in that now, it was me on my own. For that reason, I wanted to make a record that I hadn’t been able to before, going back to the roots of where I came from, with a foot in modern London”.

In July last year UNKLE released their first single in seven years. Lavelle teamed up with Elliott Power, Mïnk and YSEÉ for the gospel infused Cowboys or Indians. Followed by Sick Lullaby in February 2017, his second collaboration with Keaton Henson. Sick Lullaby is tender and cinematic, a beautiful lullaby that empowers Henson’s delicate vocals.

The latest track from The Road Part 1, “Looking For The Rain”, is a call to arms in our turbulent modern world, written by Lavelle and Mark Lanegan.

The importance of the visual experience is also a central part of The Road Part 1 and its story. Following the immense success of his critically acclaimed exhibition Daydreaming with Stanley Kubrick last summer at Somerset House, Lavelle continued his collaborative relationship with esteemed artists throughout the creation of The Road Part 1.

Creative visual collaborations are a core part of the immersive experience The Road Part 1 offers. This includes cinematic and thought-provoking official videos from artists and visionaries including Warren Du Preez and Nick Thornton Jones (Cowboys or Indians, Sick Lullaby); Norbert Schroener (The Road); and many more to be revealed.

In the twenty years since UNKLE’s debut, Lavelle has been prolific. He created three studio albums with UNKLE (Never Never Land, War Stories and Where Did The Night Fall), a host of critically acclaimed film scores, and curated a series of art exhibitions through Daydreaming With… most notably, the hugely successful Daydreaming With Stanley Kubrick exhibition at Somerset House, and his latest exhibition Daydreaming with UNKLE Presents THE ROAD: SOHO at the Lazarides Gallery earlier this year.

The exhibition at the Lazarides Gallery was a celebration of 25 years of UNKLE, and whilst The Road Part 1 may be their fifth studio album, it is in many ways a new beginning.

With shows booked throughout the year and The Road Part 2 already in the making, it feels that even after 25 years, the road for UNKLE has only just begun.

SIDE B
Cowboys or Indians
Featuring Elliott Power, MÏNK & YSÉE
Iter II: How Do You Feel
Nowhere To Run/Bandits
Iter III: Keep on Runnin’

Watch the video for “The Road” here: http://www.itsnicethat.com/news/james-lavelle-norbert-schoerner-unkle-the-road-video-310317