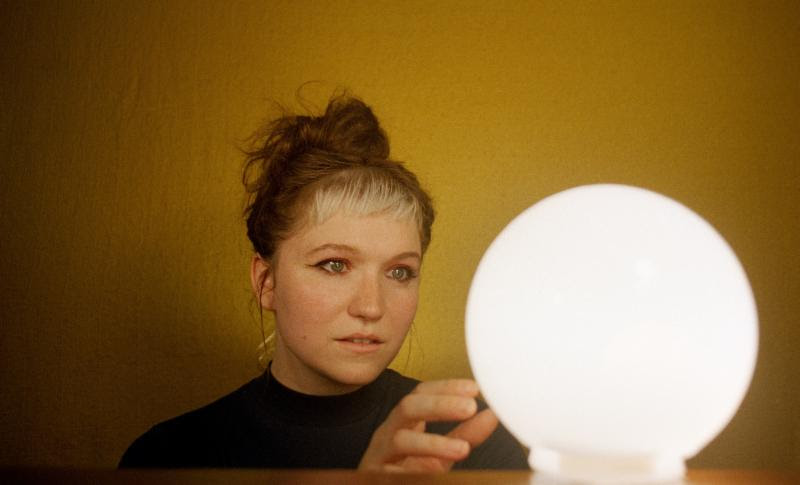 NADINE, features members of Phantom Posse and Ava Luna, has released “Ultra Pink,” the lead single from their debut album, oh my. The full-length will be available on January 26th via Father/Daughter Records.

ABOUT NADINE:
Here to remind us that music is not just an audible experience, Minneapolis / New York’s NADINE make melodies that transcend acoustics. Their debut album oh my is a collection of sophisticated modern pop songs that resonate in the gaps, the space between deadlines and timelines.

More akin to poetry set to music, NADINE is all about exploring feeling. Whilst most poets revel in the personal, NADINE’s process is collaborative whose core is singer Nadia Hulett (part of the loose collective Phantom Posse) and Julian Fader and Carlos Hernandez (both of Ava Luna). The trio’s practice is marked by their commitment to playfulness, curiosity, and fluidity.

NADINE’s songs have one foot standing firm in pop, but ebb and flow with exploration and experiment. Polyphonic melodies swing and gambol, instrumental layers take generous flourishes and unexpected turns with an ear to the wondrous and occasionally weird, crafting jazz-tinged lounge-pop all held together by Hulett’s characteristic vocals, strong with a sincerity and gentleness that holds the listener. Let go of old ideas. Listen for tricks of the light. What does it feel like?

Nadia looks at the origin of the songs: “My body is filled with melodies and sonic textures, incubating & looping. My father was a club singer before I came around, and I still sing melodies I explored as a child, the big soul music my parents were into. Those tunes just come back and I’ll cut them up and place them with something new. Extracted from daydreams past, present & future. My mom says she has memories of me in the back of the car with a marker and paper asking her to spell out word by word lyrics to a song I was scheming up.”

Of the process, Fader further explains: “Carlos and I were given a sandbox to play in but the parameters of the sandbox were defined by Nadia every time. It’s really the ideal way for me to work. ANYTHING is possible and fair game. Nadia was the boss though – she had the song and we just filled in the instruments. It was pretty clear when we were going the right direction, and when we weren’t.”

The trio started oh my two years ago at Gravesend Recordings in Brooklyn and then, after Nadia’s relocation to Austin, they ventured out for a week to Dripping Springs and took over the home and studio of Dan Duszynski and Emily Cross (Cross Record) while they toured the US.

Says Nadia of recording in Austin: “Dripping Springs has been its own magic place for me since I first visited my friends there in 2015. In letting us take over their house, we got the opportunity to explore, free of our distractions and the weight of city life. The first time I stepped foot on the property, I knew it would play an important role in my life. After finishing up the album I ended up moving into that house in 2017.”