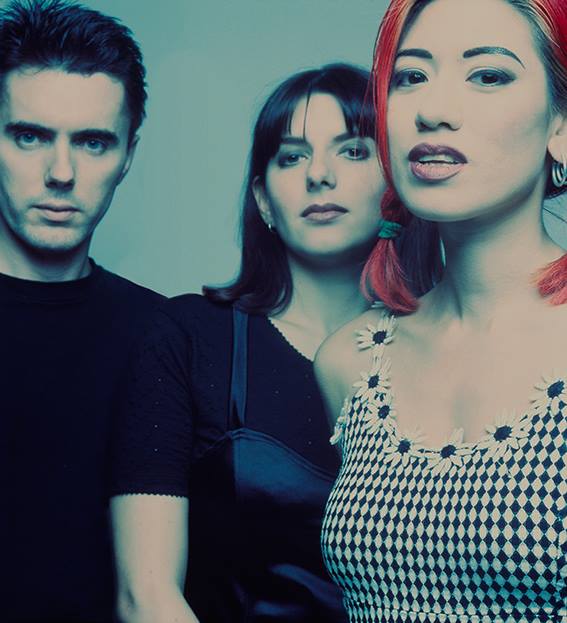 It’s been a long time coming – nearly 20 years later – but Lush, one of the seminal shoegaze-tagged bands from the early 1990s U.K. music scene, has finally reunited. Fans had hoped against hope over the years that, after Lush’s last live performance and after the tragic passing of original drummer Chris Acland in 1996, the remaining band members Miki Berenyi, Emma Anderson, and Phil King would reform as Lush.

Over this past week Emma and Phil had left veiled messages at their social media sites hinting at a probable reunion. Emma posted “7 days.” on Twitter and Phil, referencing one of Lush’s songs, stated “Never say Never-Never again” on Facebook. Based on these quasi-cryptic messages and the sudden appearance of an official Lush profile at Facebook, complete with booking agents information, and an official site with Vaughan Oliver graphics (so far with no info), fans took heart and music media took off with a flurry of tantalizing “What if?” articles, fantasizing about the return of Lush. Now all the dreaming has been made real as of Lush’s official statement on Monday, September 28th at its Facebook profile:

“We’ve been away for ages and ages, but we’re really excited to announce that we’re finally ready to reform as Lush. For all the fans who have been pestering us to do this: thanks so much for your patience and support! We wish it could have been sooner but, for many years, it was just too painful to contemplate without Chris, and then all kinds of life-changing commitments made it impossible. Now, at last, the three of us are in the right place at the right time to play music together again.

To celebrate our return, 4AD will be putting out a vinyl edition of our ‘best of’ compilation Ciao! (limited copies will be coloured red) and a box set of (very nearly) everything we ever released along with a selection of rarities, sessions and demos. We’ll be playing the Roundhouse in London on 6 May 2016 – tickets will go on sale at 9am on 30 September – so you’ve got plenty of time to regrow your shoey fringe. Chris’s old friend from back in the day, Justin Welch (Elastica), will be on drums. There’s more information to come, so please keep in touch…
Lots of love, Miki, Emma and Phil”