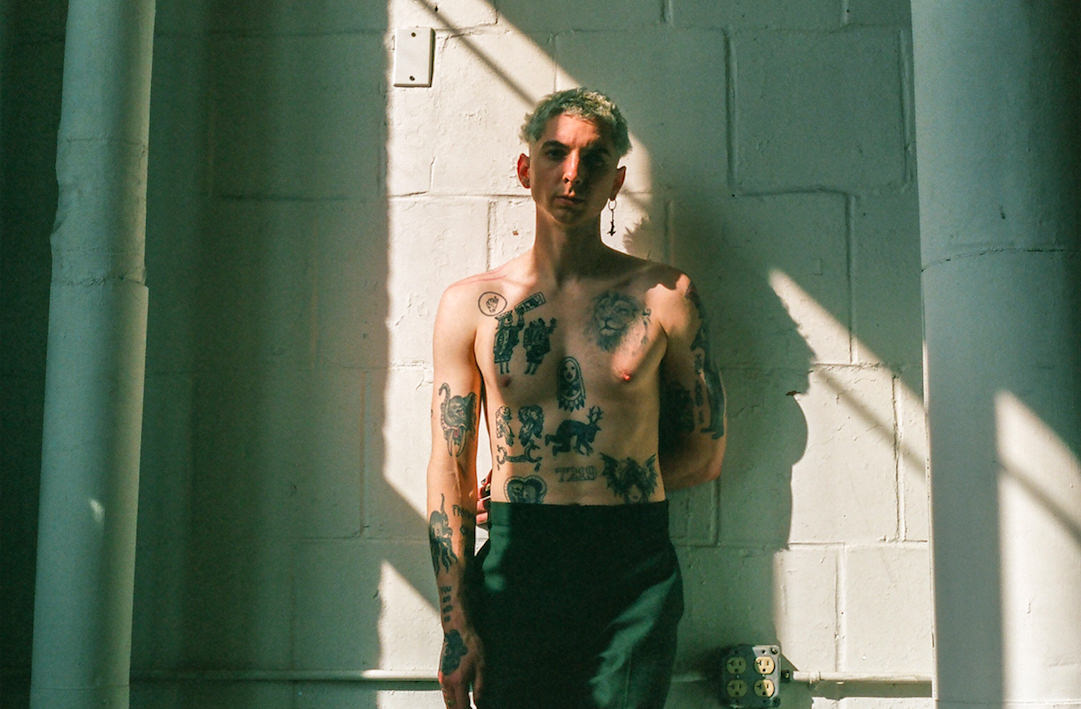 As Youth Lagoon became too limiting of a project (and moniker), Trevor Powers decided to re-brand his music under his birth name to free himself. With no limits set, Powers educated himself and took some time off to reset and send his music forward again. We caught up with Powers ahead of his North American tour for Mulberry Violence to discuss his major shift and how collaborators truly shape his otherwise solo project.

Northern Transmissions: How did you feel like Youth Lagoon as a moniker had started to become limiting for you, and what ultimately led you to end that project and shift to Trevor Powers?

Trevor Powers: I feel ideas are more like breathing entities, where you start working on something and it turns into something else on its own. You may have planned it or not but it becomes its own life-form. I started Youth Lagoon in my young twenties and it was never meant to be something that just continued. Even the name Youth Lagoon reflects on the past, and it analyzes events from my childhood as this coming-of-age. The project was always going to be a little limited, and I had to stay between those cones. Eventually those cones started to be in the way of where I wanted to wander.

A huge reason to go under my own name meant it was me, and it wouldn’t age in the same way a project does. For the first time in my life there are no cones up to limit me and I’ve never felt so free.

NT: How did studying music theory after Youth Lagoon shape your new writing, and what inspired you to start writing music based around visual art?

TP: It gave me more tools to work with honestly. The studying wasn’t super formal, since it was with a friend of mine. Because it was with someone like that, I had this worry I wouldn’t be pushed, but he wasn’t like that. If I didn’t practice he would scowl at me. It really helped me come at this project with a broader perspective.

Looking at the visual art side, I’m wired to pull from exposing myself to art in any form. No matter what environment I put myself in, it affects the outcome. So it was fun to see what came out of working around painting.

NT: I also understand a lot of your travels shaped the poetry behind the album’s lyrics?

TP: The reason I took so much time off between projects was because I’d been in that Youth Lagoon mindset for so long. It was also all of my professional years of music, so to get out of that took a lot of resetting and getting out of my comfort zone. That kind of change comes from travelling, reading, conversations with friends and things like that, so it helped me get away. It was also the first time I’d done lyrics separately from making music, which also helped me tackle that process in a different way.

NT: I was also interested to hear how recording at Sonic Ranch shaped the record since you’ve said it forced you try a lot more?

TP: First off, you’re working with such a short time-frame, so you know things HAVE to be finished by a certain date. I function way better under deadlines than not. Deadlines are so phenomenal for art in general. The deadlines plus the isolation, and being engulfed in nothing but music made my musical obsession grow larger and larger.

NT: What led you to start the Baby Halo label, and where do you see that going in the future?

TP: As of now I don’t know where the label’s going because I’m just focusing on this record. I had gone so far with putting my own finances into the record, so I didn’t want someone breathing down my neck and telling me what to do. I was lucky enough, because Fat Possum really made Baby Halo come to life. The label isn’t just me in that respect either.

NT: How did working with Baptiste Bernazeau influence the visuals of this album and how do you feel visuals impact the music?

TP: I went into this album with a mindset that every aspect was just as important as the music. The whole package has to express the same though and be going down the same road. I had found Baptiste’s work through Instagram a long time ago. I hit him up and talked about the project, and we started that process while the song’s were taking shape. Doing this made sure that everything fit together well. For the live show, the visual side had to say the same as the music or else it wouldn’t mean shit.

NT: Your music is always ultimately a solo endeavour but you definitely worked with a lot of people for this record, so who was a big part of the process on this album?

TP: It would be unfair to pinpoint any few people, because the album became what it is because of everyone involved. The main base of the writing though was done in isolation, before I’d left for the Ranch. There was so much reworking with other people once they joined in. Working with other people, especially those close to me, it meant the record wouldn’t be the same without them. I cannot say thank you enough.