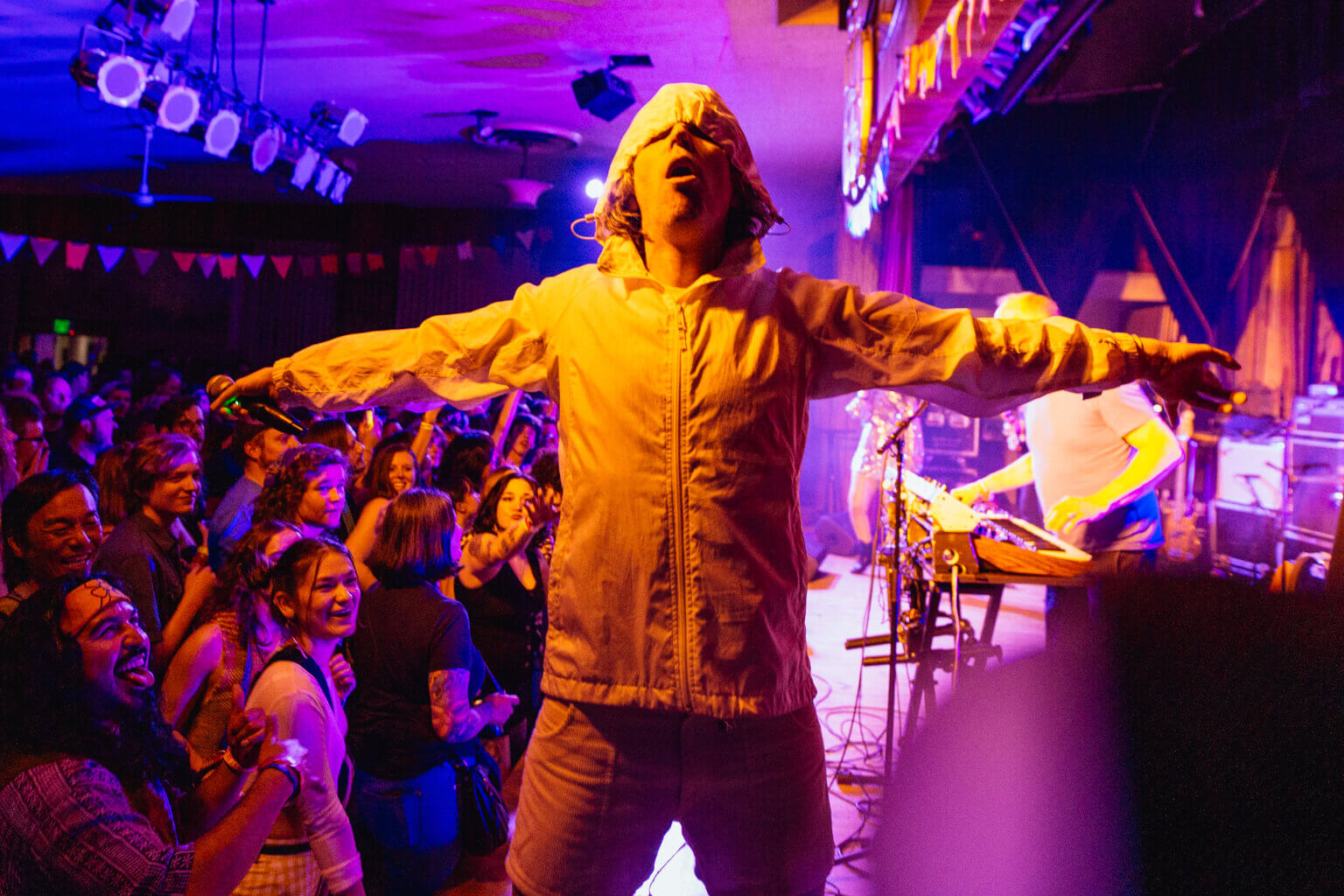 !!! photo BY Christina Birkinbine
Share on TwitterShare on PinterestShare on PocketShare on RedditShare on FacebookShare on Email

The go-home days for Treefort 10 continued to showcase acid-soaked classic rock, songwriting that tugged on the heartstrings, soft-focus dance pop, and much, much more. And of course, it wouldn’t have been an anniversary celebration without appearances by true music veterans, in this case noise-punk and ambience pioneers, capped off by a heroes’ welcome for hometown rock legends.

Treefort 10 eased into its fourth day with an afternoon Portland pairing at Sanctuary. MAITA performed a solo acoustic set ahead of M A N E, a five-piece featuring members with roots in Pure Bathing Culture and Y La Bamba. M A N E’s dream pop ramped up into soaring pop-rock, led by versatile vocals that hit as many soothing high notes as buttery lows.

One of Zambia’s most popular rock bands of the ’70s, W.I.T.C.H. (We Intend To Cause Havoc), bestowed mid-afternoon magic upon Main Stage audiences. Fronted by the endlessly charismatic Emmanuel Jagari Chanda, whose middle name is a play on Mick Jagger, the band laid down seismic, mountain-moving riffs that would have pleased fans of Black Sabbath and Queens of the Stone Age. Dual guitarists traded acid-steeped solos as intoxicating synths chugged along.

One of the most exciting bands catching buzz over the last year is L.A.’s Dummy. At Stone Temple Blue, they locked audiences into a Motorik groove and took them on a ride through noisy, droning pop. However, it was a bumpy trip. In addition to some unintentional lancing feedback, the uneven sound mix made it difficult to hear Emma Maatman’s vocals and, most lamentably, the supple synthesizers, the one of the band’s most defining elements.

Tucked in the corner of an office building courtyard was the ground-level “stage” of KIN, an unconventional setting fit for Deradoorian’s stripped down Krautrock experiments. Absent were the synthesizers so prevalent in the genre—its backbone, arguably—but in their place, the eponymous Angel Deradoorian garnished the songs with recorder and flute as the drummer clattered along with bells slung around his neck, and the guitarist methodically manipulated his instrument with a bow.

Over at the Linen Building, Toronto jangle-pop favourites Ducks Ltd played an energetic set (their first of two this week) delivering the sweetest of melodies that masked their songs’ melancholy. Drawn from the band’s critically adored 2021 LP Modern Fiction, as well as that same year’s Get Bleak EP, it was a buzzing performance worthwhile for the bopping audience and, based on the playful stage banter, the band, too.

With utmost poise and confidence, Chattanooga fire-breather bbymutha played to a full house at Reef to close out day four. She rapped with a glowing hot energy that the audience reciprocated in full. Modulated vocals atop nasty, coarse beats made for a cocktail bordering on horror rap with rumbling bass that reverberated through patrons’ chests on the second floor.

Radical sounds continued into the fifth and final day of Treefort 10 with San Francisco noisemakers Deerhoof at the Main Stage. Playful but discordant, sweet but hard like a Jawbreaker, the band held nothing back. Drummer and record producer extraordinaire Greg Saunier played so furiously he lost grip of one of his sticks. But as quickly as it went flying above and behind him, he reached down and replaced it; blink and one wouldn’t have known anything went wrong.

Experimental rock pioneer Kim Gordon had the distinction of being the final act at the Main Stage’s current location, as Treefort will restructure its physical layout next year. Her latest album, 2019’s No Home Record, found the Sonic Youth co-founder dabbling in hip-hop beats. Live, they translated to overpowering bass and electronic percussion. However, they never undercut how much she rocked. The sludgy “Murdered Out” was a mass-headbanging affair. 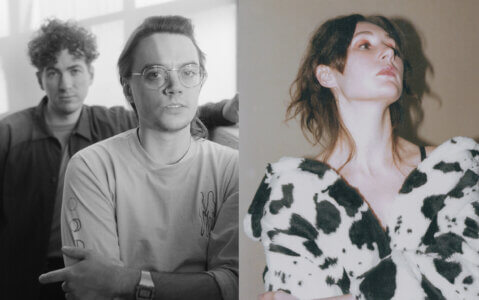 Ducks Ltd. Cover The Cure’s “In Between Days” 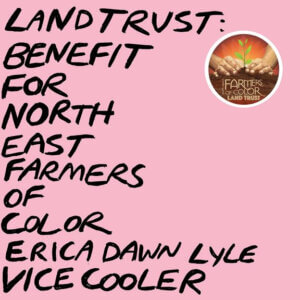