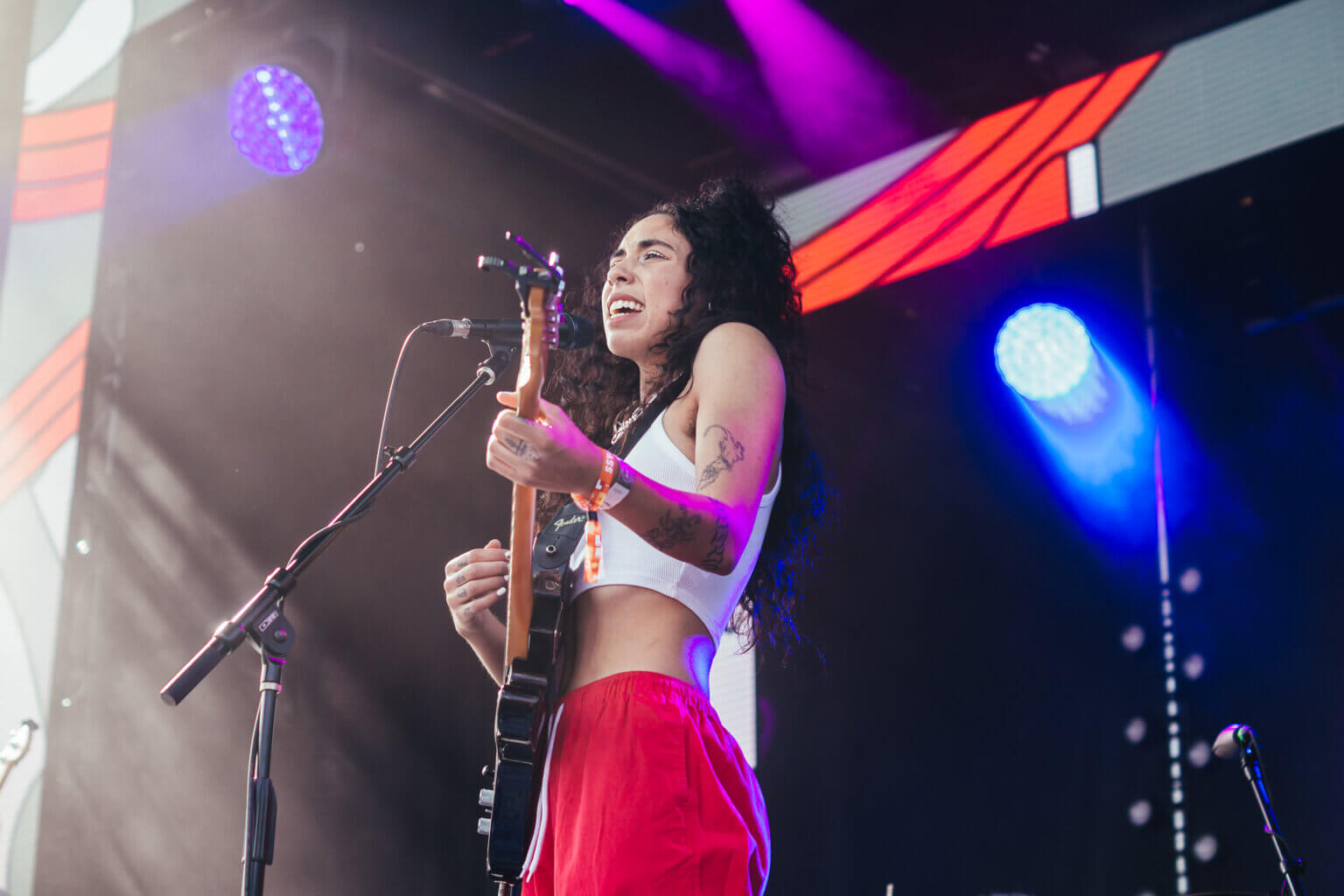 The 10th anniversary of Treefort Music Fest got off to a triumphant start on Wednesday, and days two and three continued the celebrations with mind-expanding jazz, hotblooded hip-hop, extraterrestrial funk, skull-crushing post-rock, and adventurous sounds that drew from different eras and parts of the world. Through it all, several strains of punk music also had standout moments, whether they were driven by danceable rhythms, bordered on no-fucks-given performance art, or melded with rap that drew from the same spiritual well.

The 10th anniversary of Treefort Music Fest got off to a triumphant start on Wednesday, and days two and three continued the celebrations with mind-expanding jazz, hotblooded hip-hop, extraterrestrial funk, skull-crushing post-rock, and adventurous sounds that drew from different eras and parts of the world. Through it all, several strains of punk music also had standout moments, whether they were driven by danceable rhythms, bordered on no-fucks-given performance art, or melded with rap that drew from the same spiritual well.

Day two’s brightest highlights began with an impassioned performance by Asheville’s Indigo De Souza on the Main Stage. The quartet’s group hug pep talk before taking to their instruments established the tone for what was to come: torch songs that exuded warmth and extolled mutual care, where the narrator yearned to be held as much as she offered to do the same. The band were dynamic, with De Souza’s affectionate, honeyed vocals dipping into husky croaks that curled back up in quick, playful coos, all as the songs’ quiet-loud-quiet structure peaked in avalanches of sound.

Don’t be fooled by “Running,” which borders on novelty—Rachaels Children are dedicated to challenging conventions. The Seattle foursome had zero reservations about calling out cis white men, particularly their sense of entitlement, superiority complexes, and gatekeeping tendencies. “I’m angry / You’re angry / Let’s be angry” went just a sample of the lyrics from their numerous instructional punk songs frequently punctuated by singer Ariel Burke’s mocking, jeering laughter. A small but rambunctious crowd partly comprised of friends like fellow Seattleites Black Ends helped make Rachaels Children’s show at the Shredder an under-the-radar gem of Treefort 10.

Playing mostly from her latest album, SOURCE, saxophonist Nubya Garcia blew minds with a virtuosic performance at El Korah Shrine. The award-winning London composer’s jazz compositions—fortified by equally expert musicians Barrell Jones (drums), Jahari Stampley (keys), and Lawrence Shaw (stand-up bass)—made for one of the most intoxicating and joyous sets of the week so far.

Genesis Owusu is a musical shapeshifter. The Australian sensation reached zero gravity at El Korah Shrine as he bounded from warbly funk steppers to silk-smooth slow jams to outlandish heart-pumping rap bangers galore. The energy emitted by Owusu, who performed with only three dancers doubling as backup singers, and the audience was unmatched. The floor rumbled as they jumped, clapped, and sang with all their heart to “Drown,” “Whip Crack,” “Good Times,” and “Don’t Need You.” With the fanatic audience’s help, Owusu delivered what will surely go down as one of the most spirited performances of Treefort 10, if not the festival’s entire history.

The next afternoon, Ghanaian highlife icon Ata Kak brought similar lively vibes to the Main Stage, a perfect coda to Owusu’s spirited set to ring in a new day. Like Owusu, the four-piece party mobile lifted audiences off their feet with impossibly fun songs. Kak’s were built on nothing but electric bass, one controller that stood in for snappy drum work, another that propelled the band’s incredible vamps, and his spitfire rapping, ingredients for an illuminating sonic elixir.

The mood was totally different at the gallery space Sanctuary, where Northern Arapaho musician Christian Wallowing Bull wove tales of survival, as much biography as odes to his Indigenous ancestors from the Wind River Reservation just outside Wyoming. As he told these stories and played his husky acoustic guitar in meaty strumming patterns, the rapt audience, some of whom sat on a crescent of floor pillows in the front row, watched in awe of his musical and storytelling talent.

Day three also featured some of Treefort 10’s most sonically adventurous music. Case in point: Vanishing Twin at El Korah Shrine. The London quartet cast mesmerizing spells with oft-haunting and always hypnotic grooves that bubbled with synths. Poetic waxings and keys that rose like hot air (when they weren’t substituting for the sounds of bells and other ornamental instruments) made for a memorable Treefort showing—and U.S. debut for the band.

Portland lounge-synth purveyor Mattress has been an underground staple in the Pacific Northwest for at least the last decade, so the tight quarters of Spacebar Arcade was the perfect venue for his (by all appearances) shambolic act. The less conventional the environment, the better for Mattress to thrive, though even he admitted, “God, I wish I was just playing video games now.”

There was no playing around with Montreal post-rockers Yoo Doo Right, who crushed it as one of day three’s final acts. In front of a lava light show that alone makes Stone Temple Red and the adjoining Stone Temple Blue must-see destinations, the trio obliterated ears with rocket-fuelled, atom-smashing epics. With two days of Treefort 10 left to go, it’s exciting to know are plenty more incredible performances still to come.