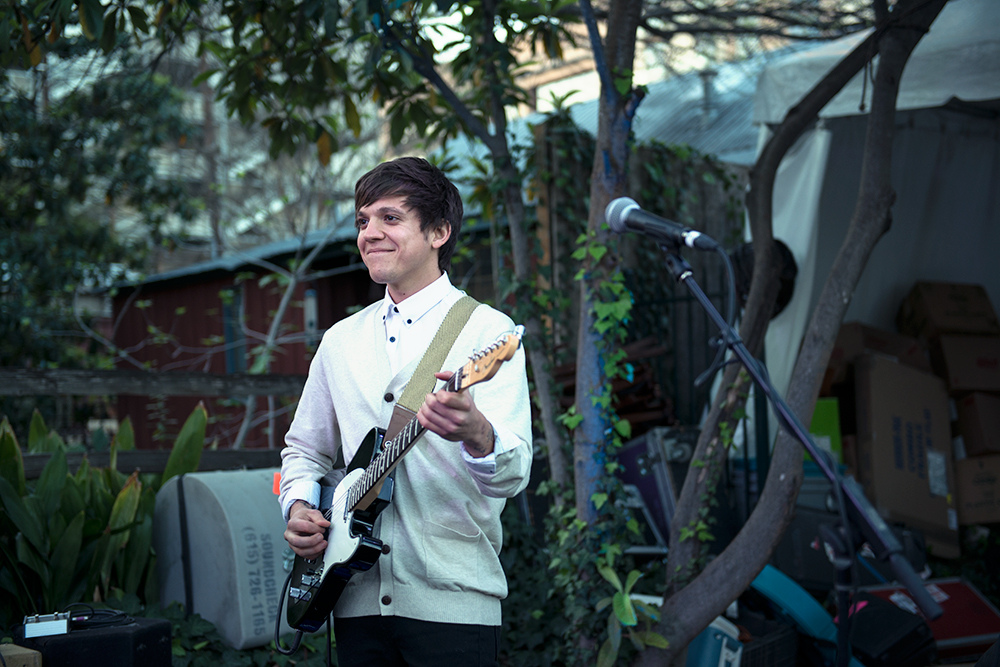 Thom Fekete, long-time guitarist of Surfer Blood, is releasing new album Burner via Joyful Noise Recordings. Available now digitally and on limited edition cassette, the album was written earlier this year as Thom recovered from two surgeries and started chemotherapy after being diagnosed with a rare and aggressive form of cancer. 100% of the sales of the album will be donated to his cancer treatment.

Recorded entirely on a four track in his bedroom with no multiple takes and no outside direction, Burner is bare-bones, lo-fi, and highly personal. For a taste of the album, you can stream single “Treason” which he recently premiered.

Sharing some insight into the songs that make up Burner, Thom says:

Some of these songs reflect on good times, days I’m able to walk on my own, talk, and function like a somewhat normal human being. Others remind me of barfing between vocal takes, wheel chairs, dilaudid withdrawals, and tears, from my family, my spouse, my dear friends. However, like everything in my life, I did manage to find some humor in my situation, and I hope that helps level out all the heavy stuff.

Love you, be happy pls
Thom

Currently unable to tour and make a living, Thom has relied on the generous donations of fans & friends via his GoFundMe page and various other fundraisers, the most recent being a an auction of previously-unreleased tracks from artists like Yo La Tengo, Guided By Voices, Cults, Real Estate, The Pains of Being Pure at Heart, Lou Barlow, Julianna Barwick and more. All thirteen tracks are available for download with a donation of $10 or more via GoFundMe.