It’s super important for any artist to expand their horizons. Whether this is working in a different genre or using other tools than they aren’t used to using to help enhance their sonic palette, this type of exploration can lead to monumental results. There are numerous cases where this has paid off hugely or crashed spectacularly. Stephen Malkmus will forever be known as the main driving force behind indie rock luminaries Pavement as well as some very impressive solo work, under his own name and with backing band The Jicks, and now he sets out on a new path with his latest album Traditional Techniques. His third record in three years finds Malkmus exploring and employing the arsenal of the “folk” musician, all acoustic guitars, bouzouki, hell, even a flute shows up at one point and depending on how you feel about Malkmus as a songwriter, your enjoyment of how he uses these traditional techniques will vary.

The album kicks off with “ACC Kirtan” with some woozy guitar picking and a haunting sitar before Malkmus’s easy tenor kicks in. This is a defiantly different Malkmus then we’ve heard yet. With the bombast of previous work stripped away, there’s an openness here that almost counters the pithy wordplay that’s become associated with his work. While his lyrics remain as Malkmus as ever, it’s easy to be distracted by the track and the album’s casual nature. The proceedings don’t change up much over the records ten tracks, while the production remains crisp and interesting, it’s easy to get a little lost in every songs meandering ways. “Xian Man” jumps out buoyantly with its more determined vocal melody and some well placed fuzz that acts as a nice counterpoint to the albums thesis. Record highlight “The Greatest Own In Legal History” wouldn’t be out of place on any previous Malkmus record. It’s easy breezy melody is nicely familiar but also works well in the context of the records experiment. A melancholic lap steel washes over the track and the descending guitar-monies in the post chorus refrain are absolutely striking. “Shadowbanned” features a ton more acoustic exploration, there’s a rumbling stand up bass, that aforementioned flute and a wonderfully eccentric yelp-y melodic hook. “Signal Western” feels the most, shall we say, western of the tracks. A contender for future campfire song, it’s a great example of how the stripped down nature of the album makes all the songs feel very simple when, in actuality. the musicianship on display is very high.

We are now at a time when the snotty upstarts of the nineties are reaching the elder statesmen period of their careers and no one else seems to be exemplifying this better than Stephen Malkmus on Traditional Techniques. Your enjoyment of this album will really depend on how much you are able to sink into the daydreamy vibe of the music and production. If that seems a little hard for you to grab ahold of, don’t be scared to dig a little deeper because what you’ll find is a marvellously crafted and performed album by one of the still relevant and well regarded artists of the last thirty years.

Traditional Techniques is out today via Matador Records 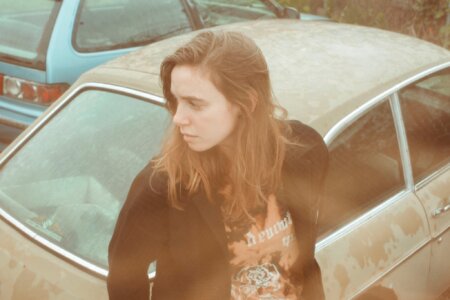