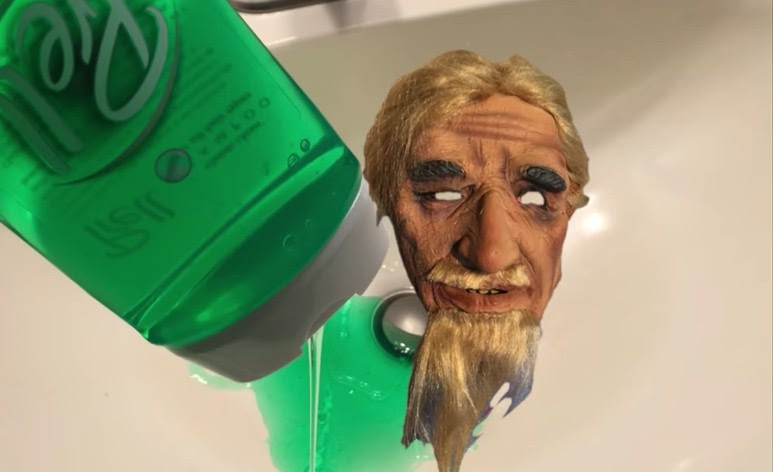 For his forthcoming release, TOBACCO, winds up coining an apt name for his vast empire of moldering electro-fied dirt: Sweatbox Dynasty. “It’s my baby,” says TOBACCO—a disturbing mental image if you overlook the beauty in his decrepit works. And speaking of, the new video for “Human Om” — a track that continues the melting melodies of his previous album Ultima II Massage — is packed full of these kinds of images, guaranteed to be caught up in the depths of your mind-frame for weeks.

The new LP—his second for Ghostly International on August 19th—finds the rural recluse resurrecting an old approach to hack a new path through the muck. This may be his most unintentionally psychedelic and left-field creation yet, full of rhythms that start and stop like a tractor on its last piston, resonating melodies made to fuel transcendental meltdowns, and vocals that hiss, gurgle, and growl.

“I do know how to ruin a good song,” TOBACCO says with perverse pride. “I just gotta keep pushing to find new places to go.” Interstitial pieces like “Wipeth Out” or “The Madonna” are exactly that—strange, minimal fuzz bombs that jerk and groove to alien cadences.