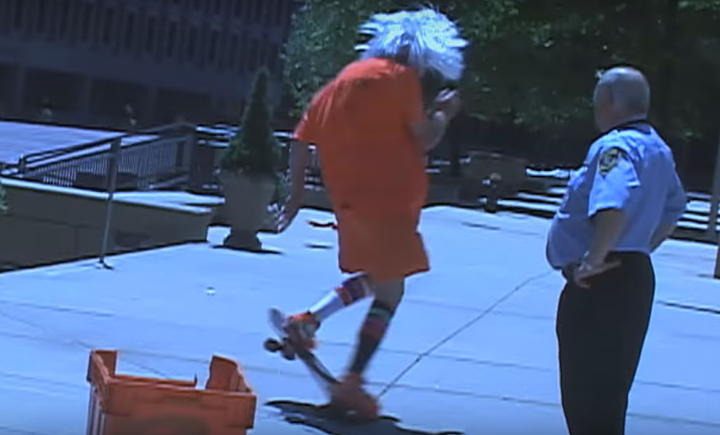 Tobacco’s newest album Sweatbox Dynasty, released earlier this year on Ghostly International, found the rural recluse resurrecting an old approach to hack a new path through the muck. It’s fitting then that the new video for “Dimensional Hum”, directed by Abe Dubin of the skateboarding collective Fancy Lad, features a healthy amount of cuts, bruises, and yes… pink slime.

The video release of “Dimensional Hum” coincides with the final show for Tobacco’s Brooklyn, NY residency coming up on 11/29 at Brooklyn Bowl.

Sweatbox Dynasty may be Tobacco’s most unintentionally psychedelic and left-field creation yet, full of rhythms that start and stop like a tractor on its last piston, resonating melodies made to fuel transcendental meltdowns, and vocals that hiss, gurgle, and growl.