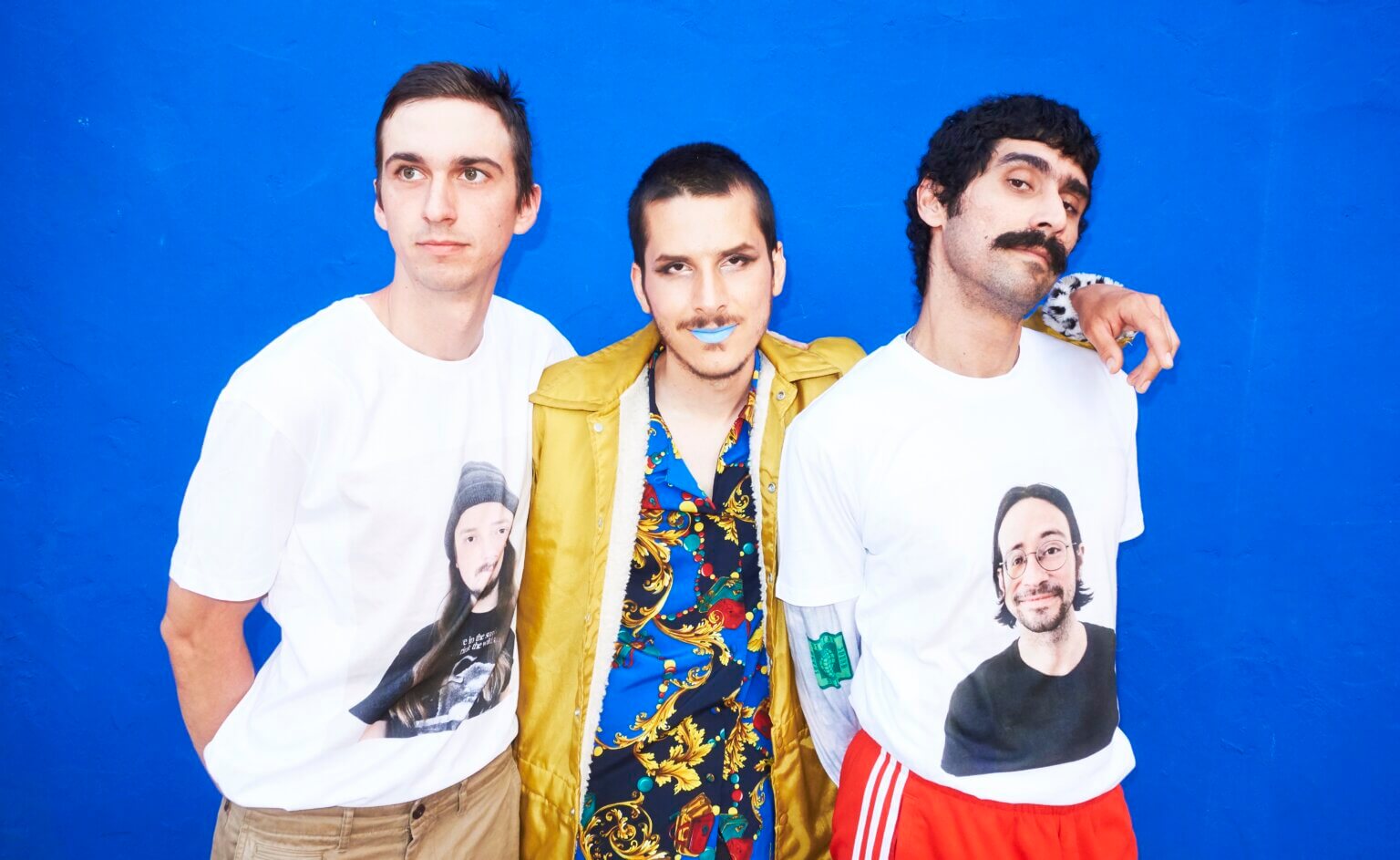 Media Jeweler, recently announced their new album The Sublime Sculpture of Being Alive, will be drop on August 13th via Fire Talk Records (Dehd PACKS). The new LP marks some significant changes for the band, including the addition of a new member in Graham Ulicny of The Faint and Reptar, guest performances from members of Jo Passed, Living Hour, and Cursive, and a shift away from the band’s instrumental roots, with member Sam Farzin taking on vocal duties on the majority of the album’s 11 tracks.

“Tightrope” came about when there was a miscommunication about when band practice was starting, so Jac and I got there about an hour before the rhythm section,” explains Farzin. “I had been noodling on the main progression earlier in the day at home and started playing it. We immediately fell into the disjointed twin-melodies and the recorded motif’s not a far cry from that original sketch. The lyrics were written shortly after a brief but eerie power outage in Atwater Village worthy of a Calvino plotline.”

The album was recorded in Omaha over three hectic weeks in August 2019. While new member Graham Ulicny was on tour with The Faint, the rest of the band—Farzin, Lucero, guitarist Jac Aranda, and drummer Bryson Mounts—holed up in the studio, where they lived and wrote half of the record. The ceiling leaked; “at any given moment,” Ulicny says, “nothing in the studio would work, or weird sounds would appear and you’d have to chase them down.” The sense of chaos was palpable. But it also mirrored the world that Farzin was writing about.

“I’m very fond of things in the world like signs and messaging and advertising—the things that are around you that you just have no control over,” Farzin says, likening the phrase “Smile, you’re on camera” to “a threat masked as a whimsical invitation.” The short, melodic phrases that he, Lucero, and Aranda play at times feel the same way, like mottos or musical sloganeering, and they’re played with a giddiness that sometimes curdles into hysteria. But as the album progresses, things begin to loosen up. The songs get longer, and are both quieter and more exploratory. There’s still plenty to worry about—there’s no escaping self-consciousness in a corporate surveillance state, after all—but the band seems to find some measure of peace in that fact. With its cushiony synths and Farzin’s to-the-skies singing, closer “Smile” is practically beatific.

The Sublime Sculpture of Being Alive was produced by Graham Ulicny and mixed by Total Control’s Mikey Young and will be release on August 13th via Fire Talk. It is available for preorder here.