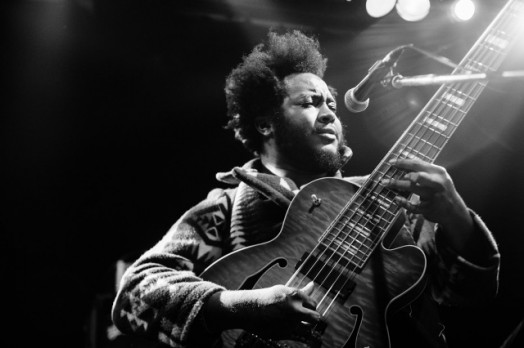 “Friend Zone” is the latest track from Thundercat’s third full-length studio album Drunk, out February 24 on Brainfeeder. The album is a 23-track epic journey into the often hilarious, sometimes dark mind of the singer/bassist and finds a few of his friends joining him along the way including: Kendrick Lamar, Pharrell, Michael McDonald, Kenny Loggins, Wiz Khalifa, Kamasi Washington and Brainfeeder honcho Flying Lotus.

Drunk is the follow up to Thundercat’s The Beyond / Where The Giants Roam. The album features fan favorite tracks “Bus In These Streets” and “Them Changes” and the widely praised single “Show You The Way” featuring Michael McDonald & Kenny Loggins.

THUNDERCAT is the alter ego of virtuosic bassist / singer Stephen Bruner. The South Los Angeles-native has released two critically acclaimed full-length albums on Brainfeeder Records and mini-album The Beyond / Where the Giants Roam. Thundercat has also made contributions to landmark albums by Kamasi Washington (The Epic) and Kendrick Lamar (To Pimp A Butterfly).

Bruner found his instrument at the age of 4. That made him a late-bloomer in the house of Ronald, Sr., who drummed with the Temptations among others. He joined thrash legends Suicidal Tendencies as a teenager, and spent road and studio time with everyone from Stanley Clarke to Snoop Dogg to Erykah Badu. Eventually the name Thundercat stuck, a reference to the cartoon he’s loved since childhood and an extension of Bruner’s wide-eyed, vibrant, often superhuman approach to his craft.