Chorley-based six piece Then Thickens are sharing their new video for ‘Tiny Legs’ – the latest track to be taken from their debut album ‘Death Cap At Anglezarke’.

The video is directed by Plastic Zoo and features Joe Gilgun, of the film This Is England and cult drama Misfits. The single is released digitally on April 21st.

Recently rubbing alongside stablemates Nine Black Alps as the latest addition to Leeds-based Hatch Records (ex-Brew Records), Then Thickens will be joining them on a UK tour in April after shows with God Damn and Post War Glamour Girls, following up with an appearance at Live At Leeds Festival.

Originally starting life as a home studio project from front man Jon-Lee Martin, after some encouragement from close friend Jorma Vik from The Bronx a series of lo-fi recordings appeared online, which proved to be a prototype for the current Then Thickens incarnation. Now years later and with a full band behind him, which includes former Rolo Tomassi member Joseph Thorpe on bass, Then Thickens are now ready to take things in a very different direction to previous outfits with their blend of lo-fi slacker pop and college rock. 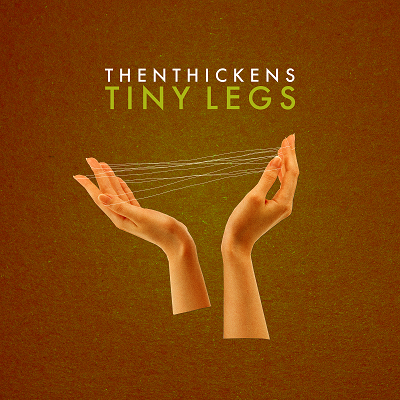