The Walkmen to Release Debut Album for Record Store Day 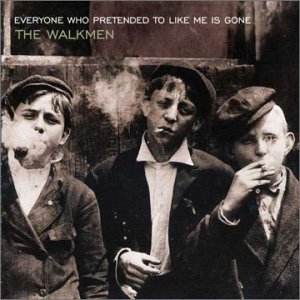 As part of this year’s RECORD STORE DAY celebrations Bella Union records have announced The Walkmen will be making available their seminal debut album ‘Everyone Who Pretended To Like Me Is Gone’ for the first time in the UK/Europe. This much sought after rarity will be available on coloured vinyl and will also include a CD.

Having sold-out the London Forum back in November The Walkmen will be making their UK live return in early May, first as main support to The Vaccines at the O2 followed by a headline show at Liverpool Sound City and as one of headline acts at the Grizzly Bear-curated ATP at Alexandra Palace. The guys will then return at the end of the summer to perform at Bestival on the Isle of Wight. Those dates below…

Thursday 2nd May – LONDON – O2 (main support to The Vaccines)

“Everyone Who Pretended To Like Me Is Gone” artwork below…