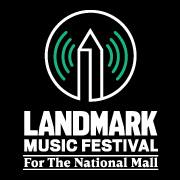 The Strokes, and alt-J will headline the first Landmark Music Festival at West Potomac Park in Washington, D.C. on September 26-27. The festival will also see performances from CHVRCHES, Ben Howard, Chromeo, Band of Horses, The War on Drugs, Nate Ruess, Lord Huron, Wale, The Kills, and Albert Hammond Jr. The 2-day festival will feature 40+ artists on 5 stages.

For those unable to join the celebration, the Live Nation Channel on Yahoo Screen will showcase the festival and its important cause to a global audience, absolutely free, by hosting the official 2-day festival livestream, broadcasting select performances and unique looks at the event all weekend long.