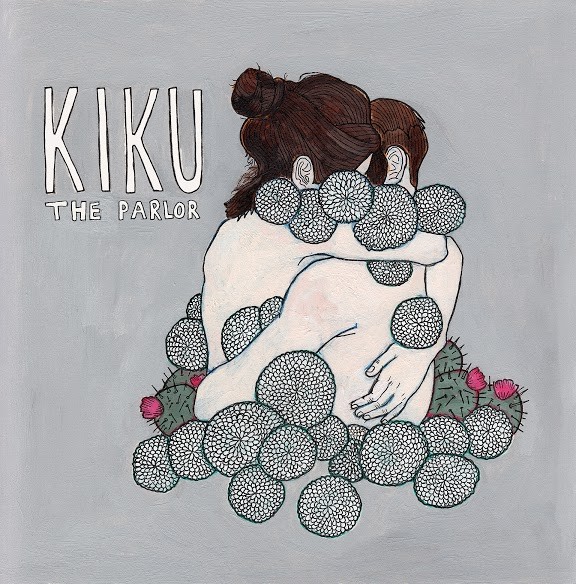 Multi-instrumentalist producer-songwriters Jen O’Connor and Eric Krans AKA:The Parlor have announced their new album Kiku will be out on April 13th via Five Kill Records. Today, they have released a new video for album track “Soon”.

Kiku is described as a deeply personal concept record for The Parlor. Kiku, the Japanese word for chrysanthemum, began blooming in Krans and O’Connor’s farmhouse garden immediately following their second miscarriage, and so became a symbol of their grief, despair, resilience and faith. “Kiku grew into something we never anticipated.” What started only as vague sounds or plucked songs, grew unexpectedly into a kind of synth-folk chamber-pop. As the couple grieved, they wrote, and as they recorded they felt themselves “reaching out across the plane of the living and the dead where we stumbled upon the tiny hand of the soul we lost. We brought a piece of her, of Kiku, back with us.” It was as if Kiku shared her spirit through the creation of her eponymous requiem.

The Parlor on “Soon” video:

“Soon” was intended as a metaphor for the stages of grief. The chrysanthemums represent grief itself. We carry grief around with us, often to unlikely places. We try at times to let it go, to fling our grief from great heights or hope it’s carried off by time -an offering to the flowing waters of the hills. But ultimately we find ourselves steeping in it, drowning in it, and ideally cleansed by it in a baptism of intentional release. Allowing ourselves to stop fighting forces us to experience things that, as humans, we often try desperately to avoid. Allowing ourselves to dance in glowing sunlight empowers us to reclaim our spirit. And we are transported to a deeper place of understanding of one’s self and of the human experience as we know it. “Soon” is an expression of painful hope and illuminated heart.